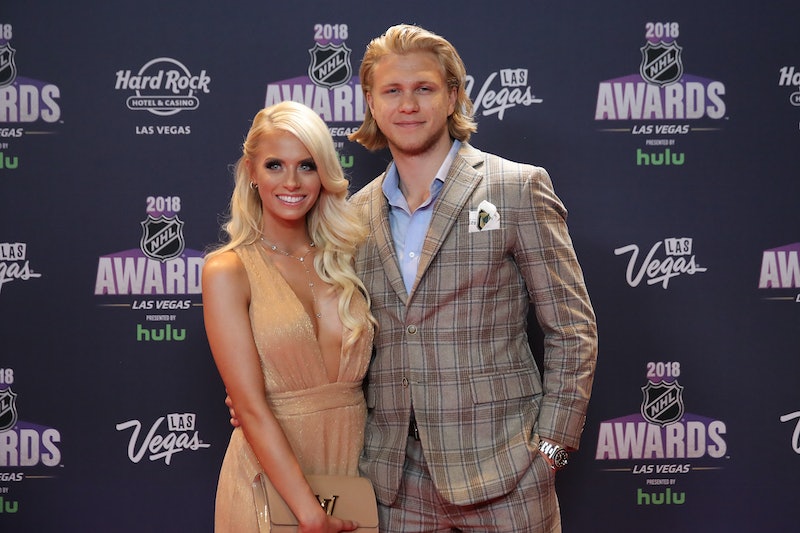 Haley Ferguson is heading back to Bachelor In Paradise, but her twin Emily won't be joining her this time around. The reason why is rather simple. Emily has a boyfriend from outside of Bachelor Nation, so she's not single and looking to mingle with the rest of her Bachelor/ette alums.

For a couple of reality TV seasons, Haley and Emily were looking for love together at the same time. They both appeared on Ben Higgins' season of The Bachelor, although Emily lasted a lot longer than Haley. Emily actually made it into the top six and even met Ben's parents before she was eliminated from the show. From there, the twins went on Bachelor in Paradise Season 3, where the rules stipulated that as long as one twin received a rose, both would stay. By Week 4, however, neither twin had made much of a solid love connection and they both decided to go home.

That was in 2016. In the three years since, Emily found a boyfriend, which explains why she won't be joining her sister for the sixth season of Bachelor in Paradise. According to Emily's Instagram, her boyfriend is hockey player William Karlsson. He currently plays for the Vegas Golden Knights, and Emily is from Las Vegas, so that's probably how they met. He's been playing in Vegas since the 2017 season, but prior to that, he played for the Columbus Blue Jackets for three seasons and the Anaheim Ducks for his rookie season, according to his NHL profile.

According to the New York Post, Emily has been attending Golden Knights games since October 2017, but it wasn't until January 2018 that the couple made their relationship Instagram official with a cute selfie.

Based on her Instagram, Emily is super supportive of her boyfriend's career. When the Golden Knights made it into the Stanley Cup Playoffs in the summer of 2018, Emily was right by his side and sporting his number.

According to USA Today, Karlsson's team was ultimately defeated by the Washington Capitals, but Emily was just proud of her man and how far his team had come. "A gentleman on and off the ice for sure," she captioned a photo of him posted a few days after the team's loss. "What a year for you @larswilliamkarlsson you have so much to be proud of!"

The duo has now been dating for over a year and seem to be going strong, even traveling to Sweden and Italy together earlier this summer.

Emily's most recent post about Karlsson is from Aug. 5. In the sweet photo, she has her arms around his shoulders and they're both beaming at the camera. "You're the Cheeto to my Puff. You're the Sugar to my Coffee. You're the Pain to my A**," she wrote, adding a laughing-crying emoji to the last part.

The couple has so far stood the test of time and they seem to be doing well. Hopefully Haley can find a similar lasting love in Mexico once she hits those BiP beaches.