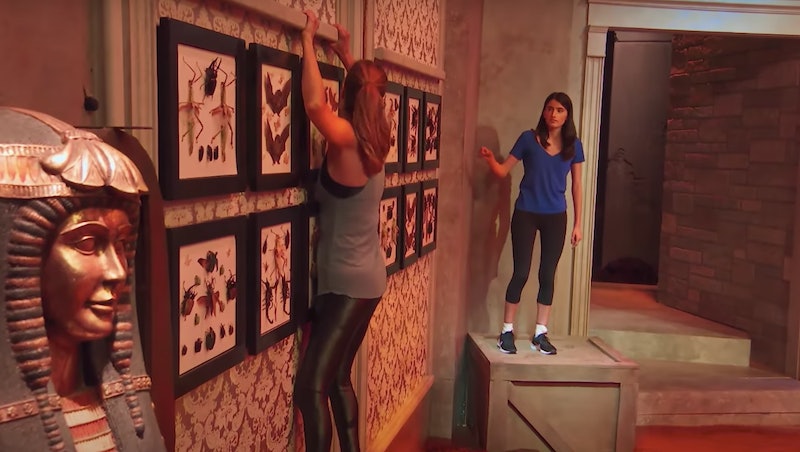 Remember playing "The Floor is Lava" when you were a kid, hopping between each piece of furniture while trying not to touch the ground? Well, Netflix is bringing the game to life in its new competition show, Floor is Lava. It's part American Ninja Warrior, part Wipeout, and entirely bizarre — which is probably part of the reason there's no news yet about if Floor Is Lava will return for Season 2. It seems like the kind of show people will either love or hate.

The series is hosted by racing analyst Rutledge Wood (Top Gear) and features three teams competing against each other for a $10,000 prize. The contestants hop around an obstacle course flooded with the aforementioned "lava" (which is probably just water with red food coloring mixed in). If you fall in, it's game over. And kids: Netflix would like you to know that you should not try this at home (though isn't that the reason the show exists??).

So far, people seem pretty amped about revisiting their favorite childhood game in a bonkers competition show. "'THIS IS WHAT PEOPLE WANT!!'" YouTube user Mchersc commented on the Season 1 trailer.

If that buzz keeps up, it's very possible Floor is Lava will return for Season 2. Netflix has certainly found success with out of the box reality programming (looking at you, The Circle and Love is Blind), and this could be its next runaway success. If you start hearing about Floor is Lava all over the internet, it's a safe bet that it will be back for more episodes.