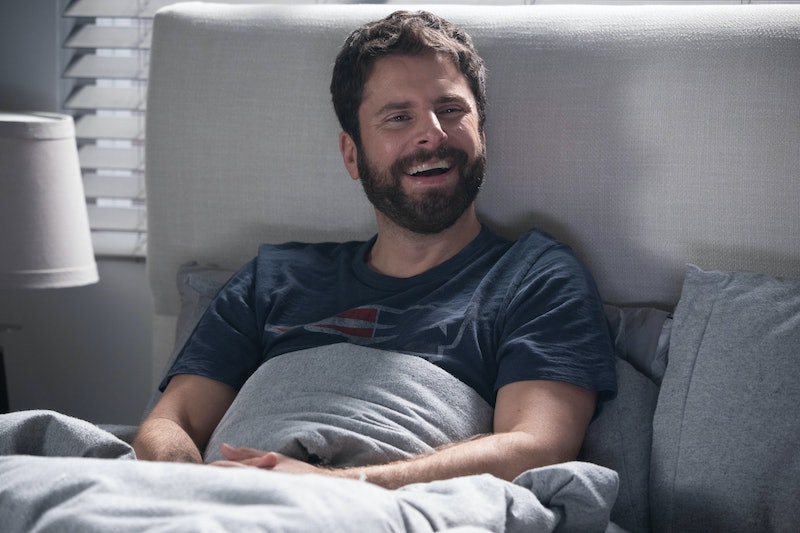 Gary met Darcy at a laser tag arena with Theo, who just so happens to be in the same class as her son. She's also one of Katherine's mysterious friends. Fans have been asking for a long time now who Katherine's friends are, and the show finally delivered. "She is a long-time friend of Katherine's that we didn't know," show creator DJ Nash told Give Me My Remote. "We always said, 'Where are Katherine’s friends? Why doesn't she have a support system?' And we discover she does."

Darcy tells Gary that Katherine leaned on her through all of the Eddie and Delilah stuff because Darcy had recently gone through a divorce. Now she's a "hot single parent" as she told Gary, although he looked like he'd like to make her not so single. Ever since he broke up with Maggie, Gary's been a little lost and has been flirting with every woman he runs into — including the laser tag attendant Becky. It might not be a great match given that Darcy seems to have her life much more together than him. She's an Iraqi war veteran, a single mom who isn't afraid to help her kid work through an issue with another kid, and she seems to know Gary isn't totally right for her... right now.

At the end of the episode, Darcy gave Gary Becky's number instead of giving him her own. In that moment, Gary looked like he wished he had Darcy's. But since she clocked him for being a bit of a womanizer, he's gonna have to step up his game if he wants to be an equal partner in that potential relationship.

The press releases for the next two episodes don't mention Darcy in the synopses, but she is listed as being in both of them. Nash told Give Me My Remote that her character is recurring and "come[s] back a bunch," so this storyline and romantic tension with Gary is far from over.

Hopefully something happens with Gary, since he's spent the past few episodes just putzing around. Meanwhile, Maggie is officially Over It — she told Gary she wants to be just friends, has been attempting to date, and even talked Delilah into going out to a happy hour. While she might not be winning at the dating game at the moment, she's definitely not closing herself off or pining for Gary.

Not yet at least. It's very likely that if Gary and Darcy do run into each other again at some friend event and Maggie sees him flirting, she'd make a play to get back together with him. Either way, Darcy is all good news for Gary — either he has a new love interest or she helps him get his main squeeze back.