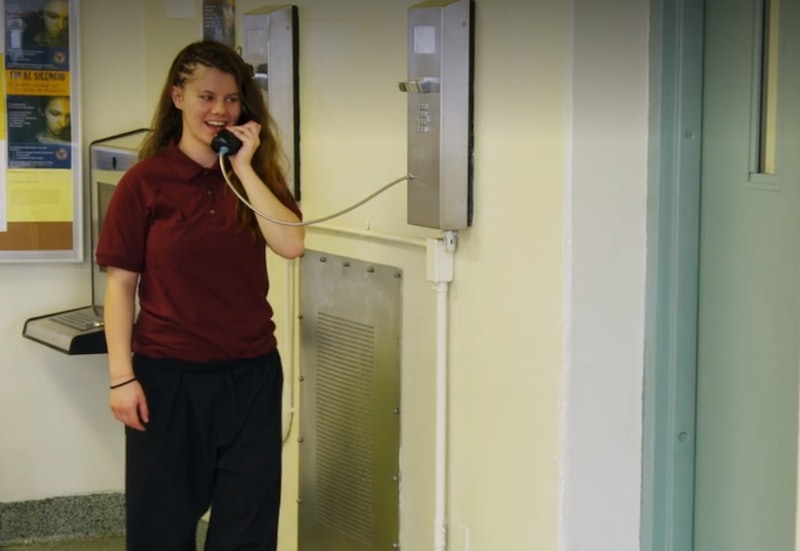 Though Madison Juvenile Correctional Facility in Indiana, where Season 1 of Girls Incarcerated was filmed, has since been shut down, the show comes back June 21 with a new crop of girls and a new location. This time, it follows inmates at the LaPorte Juvenile Correctional Facility. So while it's too soon to tell if Girls Incarcerated will return Season 3, if it does, it could potentially tell the stories of another set of girls from a different facility— and keep up the same format for many seasons to come.

It should be noted that, according to Cinema Blend, Girls Incarcerated will return for Season 3, but then be canceled. However, Netflix hasn't confirmed that information, nor have any other sites reported it. As far as timing, there was kind of a long lull between Seasons 1 and 2. Season 1 dropped on March 1, 2018, which means Season 2 is debuting over a year later. The closing of the Madison facility could have definitely had something to do with the delay in production, and could also explain why an official Season 3 renewal is still pending.

Despite Girls Incarcerated's uncertain long-term status, there's an argument to be made for keeping it around. Unlike other prison-set reality shows like Locked Up and Scared Straight, Girls Incarcerated emphasizes the importance of education and guidance as a way of breaking the criminal cycle, and it recognizes the dangers of a capitalistic prison system that often takes advantage of at-risk teens like those featured on the show.

Rather than inmates, the girls are referred to as students. And instead of serving a sentence, they are required to complete a program (ending in a graduation complete with caps and gowns) that prepares them for success in the outside world. And it works.

According to The Michigan City News-Dispatch, the state of Indiana joined an effort in 2006 to change mass incarceration and refocus resources on "community-based alternative supervision programs for youth." These efforts were actually the reason that Madison closed — it was no longer needed to house the dozens of teens charged with petty crimes like alcohol and marijuana possession. Instead, the high-risk inmates were moved to and combined with LaPorte's maximum security facility.

Per The News-Dispatch, this consolidation dramatically decreased the state's number of imprisoned youth from the 200 that were once housed at Madison to the 62 that now reside at LaPorte.

"I think there's always going to be a need for this kind of facility, for those kids who need intensive programming," Christine Blessinger, executive director of the Division of Youth Services within the Indiana Department of Correction, told The Dispatch-News. "But I think the numbers will continue to trend downward."

Most of the young girls who trickle into the facility come from broken families. So, the programs at LaPorte focus on education and counseling first and foremost. "Our job is not to punish them," the Season 2 trailer says. "Our goal is to see these girls succeed."

Thanks to shows like this, people can begin to see the real possibility for and impact of positive change. And Girls Incarcerated only captures the work that's being accomplished in one state; imagine what strides are being made across the rest of the country. Hopefully, the show can continue to capture that in seasons to come.