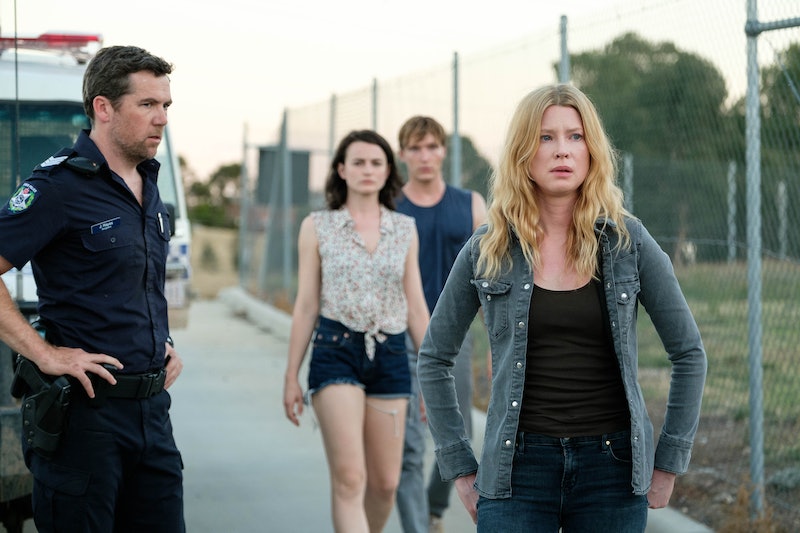 There is something rotten in the town of Yoorana — people who were once rotting in the earth now seem to be as alive and well as ever. The zombie-drama Glitch is more Stranger Things than The Walking Dead, swapping out carnage and bloodshed for small-town supernatural mysteries. However, as the mysteries of Yoorana get more complicated and surprising in Season 2 on Netflix, fans are likely wondering if there will be a Season 3 of Glitch, or if the second season will be the final installment of this Australian zombie tale.

The first season starts with a compelling mystery: seven people rise from the dead in the local cemetery with no memory of who they are. As the first season continues, it's discovered that there are strings attached to being resurrected. As if trying to discover their true identities wasn't difficult enough, some of the zombies find out the hard way that if they stray too far from the graveyard they die again, seemingly for the final time. Between trying to discover the zombie's true identities, the fact that there's clearly something going on with the graveyard, and the cliffhanger revelation that some of the living are actually zombies in disguise, there are a lot of questions that may not be answered by the end of Season 2 of Glitch.

While the fate of Season 3 hasn't yet been confirmed by Netflix, it seems likely that fans of the show will get to see any remaining mysteries continue on for at least another season. Although the show hasn't made a huge splash with American audiences, it has proven to be a success in its home country of Australia. In 2015, Glitch won the award for Best Television Drama Series at the Australian Academy of Cinema and Television Arts awards.

The show's prestige is well-balanced by its sizable audience, as Glitch airs on the Australian Broadcasting Corporation. Glitch is a co-production between ABC and Netflix, meaning that as long as ABC remains interested in the show, then international fans will be able to stay caught up on Netflix. However, it may be a while before fans can dive back into Glitch after Season 2.

International audiences got their first taste of Glitch in October of 2016, the season originally premiered in Australia back in 2015. Local fans of Glitch have been waiting a full two years to see the resolution of Season 1, and with no confirmation of Season 3 yet, it may be another 2 years until another season of Glitch premieres. Also, there are only six episodes each in Season 1 and 2, making the gaps between those seasons feel even longer than they already are.

Despite the uncertainty of the show's future, the show's official Twitter account has been hinting that news about a potential third season is on the horizon, so perhaps the wait won't be long after all. And the fans whose words they're retweeting are definitely into it.

Whoever is in control of the social media marketing for Glitch seems confident that the show, like the townsfolk of Yoorana, will rise again for Season 3. Without a release date for the season, however, it looks like fans will have plenty of time to ponder the new mysteries and enigmatic characters introduced in the show's recently released new episodes.

The mysteries of Glitch will live on in the minds of its viewers long after the credits role on the second season. And as long as people continue to watch and discuss the Australian drama, there's a good chance that it'll be back for Season 3 and beyond.