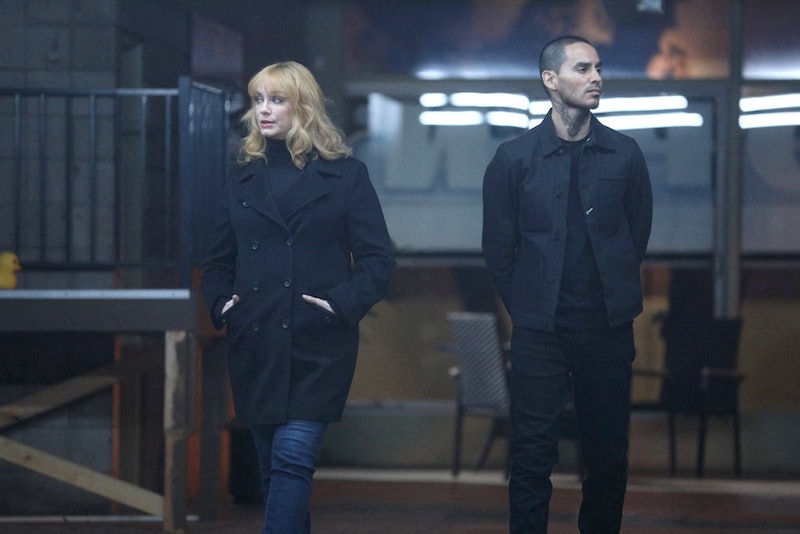 Good Girls Season 3 may have come to to an end five episodes early due to the COVID-19 production shutdown, but there's a bit of good news. Good Girls has been renewed for Season 4, and showrunner Jenna Bans and executive producer Bill Krebs tell Bustle they already have storylines ready to go.

For one, Bans says they already shot some of the next few episodes and plan to use that footage at the start of Season 4. She also wants to expand on some of the plot points that were left unresolved in Season 3, namely Annie's storyline and the next phase in Rio and Beth's dynamic. "How we conclude the therapist storyline really launches the entire show into a different direction," Bans teases. "A really sort of surprising, shocking direction that affects all of the women, not just Annie."

As for Rio and Beth, Bans says they were on the precipice of moving them out of their adversarial relationship and throwing them some circumstances that would change the dynamic. "Just when you thought Rio and Beth couldn't hate each other more, something was going to happen which made them really take a second look at that," Bans says. Adds Krebs: "And question their feelings for each other." Bans says that storyline will come back in Season 4, along with a major plot point about Agent Donnegan starting a friendship with Beth that could impact her investigation.

Now that NBC has given them the go-ahead for more episodes, Bans is hopeful that their planned shooting schedule will remain intact. Because Good Girls is a midseason show, it doesn't start taping until August or September for a February or March premiere. But she stressed that they will definitely not resume production until everyone feels safe doing so. "I think I'll feel safe when the scientists and the [Center for Disease Control] tell us it's safe," she says, adding that there may be ways to get creative with filming when it resumes to best protect everyone. "I think it's going to take a lot of out of the box thinking to minimize contact, minimize huge crowd scenes — maybe doing VFX instead of having 300 extras in a park."

When Season 4 does air, Krebs says that fans should get ready for a juicy first few episodes, since they'll be exploring season finale-type storylines. "We get to start Season 4 with a velocity that we don't normally have." Bans adds, "I think fans will really respond to it."

More like this
Shonda Rhimes Responded To The Surprise Exit Of A Day 1 'Grey's Anatomy' Figure
By Grace Wehniainen
Rupert Grint Just Shared A *Major* Update About Ron Weasley’s Future
By El Hunt
The 'Freeridge' Cast Shared Their Hopes For A Potential Season 2
By Grace Wehniainen
You Might Want To Rewatch This Key 'On My Block' Scene To Understand 'Freeridge'
By Grace Wehniainen
Get Even More From Bustle — Sign Up For The Newsletter
From hair trends to relationship advice, our daily newsletter has everything you need to sound like a person who’s on TikTok, even if you aren’t.

This article was originally published on May 4, 2020