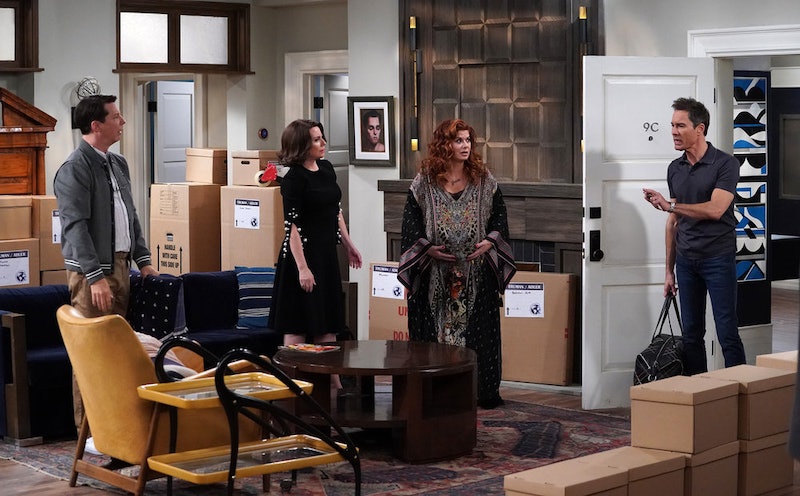 Watching a beloved TV show come to an end is always difficult, but especially so when it's the second time you've had to do so. Which is why the fact that Will & Grace won't return after its Season 3 finale is a particularly hard pill to swallow. The show has already been rebooted once; this is the true end.

Both fans and the cast have at least had some time to come to terms with the news: NBC announced in July 2019 that the Will & Grace revival would end after its third season. "We think of the Will & Grace reboot episodes the way Karen Walker thinks of martinis – 51 is not enough, 53 is too many. That is why, after consulting with the cast, we all have decided this will be the final season," executive producers Max Mutchnick, David Kohan, and James Burrows said in a statement, per Entertainment Weekly. "They say you can't go home again, but we did. And now, three seasons and 52 episodes later, we're even more proud of something we never thought we'd get a chance to do again."

And no, there's not a chance they'll decide to come back again. "We are sitting in the set of Will & Grace during our very last season, and we mean it this time!," Debra Messing, who plays Grace, told the Daily Mail. Eric McCormack (Will) also spoke about the final season, admitting that, in some ways, it's been harder to say goodbye the second time around. "I have a greater appreciation of how great a job this is," he explained.

Series creator Max Mutchnick also shared a behind-the-scenes photo of the Will & Grace crew watching the cast perform the last episode of the series, as well as a video of himself on set. "OK. It's happening, the last show, the last taping of Will & Grace,” he said. "The apartment is empty, we're telling that story, they have moved on, and this series is officially over. Thank you, everybody."

They may say that the third time's the charm, but for Will & Grace, two was enough.