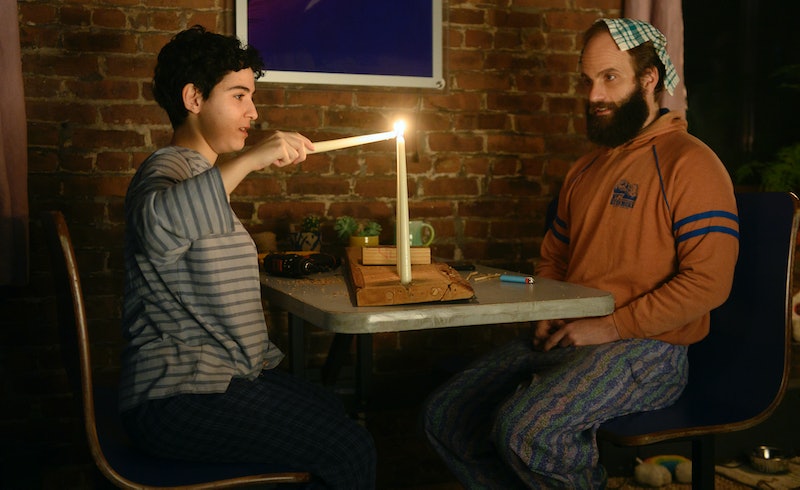 Although The Guy (series co-creator Ben Sinclair) has been riding his bike around Brooklyn for four seasons (and a precursive webseries), High Maintenance Season 5 has yet to be announced. Fortunately, it seems like Sinclair wants to keep going — for now. "I think we need a break, but I don't think it's the last season," Sinclair told Pitchfork in late March. So while it will hopefully come back, fans may be in for a bit of a wait.

Sinclair's co-creator and ex-wife, Katja Blichfeld, however, told Vulture that High Maintenance "could conceivably go on forever, be it with me and Ben at the helm or others." She continued, saying, "There are so many people in our tight-knit group that get the show in a really special way and have internalized its ethos … it does give me that feeling that it could go on for longer than maybe I would have thought a few years ago when we first made the move to television."

Blichfeld continued this sentiment in an interview with Elle, where she said that they're never going to run out of ideas — even after so many episodes, each of which introduces new characters and plots. "There's certainly no shortage of stories out there, and as the years have gone on, we've continued to bring on more collaborators to generate these stories, so it's actually gotten a bit easier in that way," Blichfeld said. Although she and Sinclair wrote Season 1 themselves, they have since formed a writer's room, per Elle, which helps with them generate ideas.

Indeed, High Maintenance has become famous for the anthology series' empathetic storytelling. "This season, the mantra was back to basics, and our basics were creating snackable stories that you could just jump into at any point and not need to be following an entire arc," Sinclar told Entertainment Weekly. "So we were just trying to go back to telling stories of unusual people."

The only throughway between these "snackable stories" is Sinclair's nameless weed dealer, who weaves in an out of his clients' lives. "There are a lot of returning characters this season," Executive Producer Russell Gregory told EW in the same interview. "Going back to basics also meant we brought back a lot of our favorite and fan favorite characters."

In Season 4, highlights have included the recurring character Evan, who is an asexual magician. In Episode 2, he meets an intimacy coordinator named Kym (Abigail Bengson), who is helping supervise a Scandal-like show starring Nick Kroll. This season also depicts a sign language interpreter, an artist who supports himself as a singing telegram, and, of course, The Guy's new one-eyed dog, FOMO. High Maintenance also has the occasional cameo, and Season 4 featured This American Life host Ira Glass playing himself.

But while the High Maintenance writers room may have a seemingly unlimited story supply, Sinclair seems a bit more worn out than his collaborators. "Is there a situation in which I want to be doing this show for 20 years, and for each of those 20 years it's a ten-month-long job?" he wondered aloud during his Vulture interview. "I probably want a little more time to just go be a human being and live a life."

More like this
Devi Is Going To Meet A “Smoldering Bad Boy” In ‘Never Have I Ever’ Season 4
By Jack Irvin and Gabrielle Bondi
A New 'And Just Like That' Table Read Pic Confirms A Key Character's Return
By Jack Irvin and Grace Wehniainen
On 'The Handmaid’s Tale,' Christine Ko Fights Back
By Gretchen Smail
Nicola Coughlan’s Description Of Meeting Olivia Colman Is Just So Nicola Coughlan
By Sam Ramsden
Get Even More From Bustle — Sign Up For The Newsletter