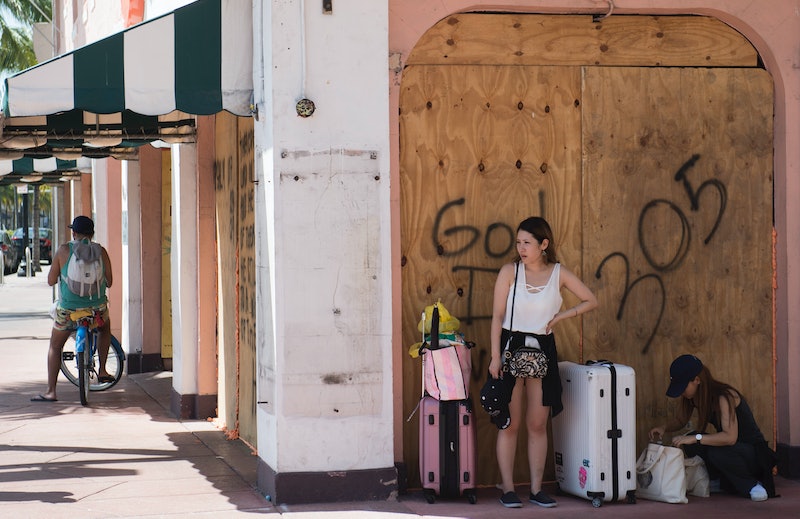 With category 5 monster hurricane Irma heading toward Florida, the exact path of the storm could still shift before it makes landfall. However, one thing is certain — all of Florida will be affected. But, will Hurricane Irma hit Port St. Lucie directly? Port St. Lucie, like the rest of Florida, will definitely feel the effects of Irma, but not all residents are being ordered to evacuate, according to Heavy.com. The St. Lucie County Public Safety office ordered mandatory evacuations for residents on North and South Hutchinson Island, in low-laying areas, and those living in mobile homes.

The evacuations began Friday, Sept. 8 at 3 p.m. But, residents will still be allowed on and off the islands until tropical storm force winds impact the area. Once the winds get to tropical storm force levels, the bridges will be closed to everyone except first responders. A special medical needs shelter, and four general shelters opened Sept. 8 with additional shelters opening Sept. 9.

"Residents are reminded that shelters are places of last resort," the public safety office urged. "Those planning to stay at a shelter should bring food, water, blankets, pillows, and medications."

St. Lucie County is at Level 1 Full Activation, which means that all lead and support agencies are notified, and the Emergency Operations Center is staffed by Division of Emergency Management personnel, according to the public safety office's website.

Live Science reported that residents should be prepared for extensive power outages as workers at Florida's two nuclear energy plants secure the facilities ahead of Irma. One plant is located near Port. St. Lucie on Hutchinson Island. However, Robert Gould, Florida Power & Light's vice president and chief communications officer, told residents during a press conference that the facilities are strong enough to withstand Irma's wrath.

Florida Power & Light improved safety at its nuclear plants after the nuclear disaster at the Fukushima plant in Japan following the 2011 tsunami. The nuclear plants are constructed with concrete and reinforced steel, and are "among the strongest in America and arguably the world," Live Science reported Gould as saying during the press conference.

Both power plants are elevated to 20 feet above sea level and are equipped with multiple backup generators to keep the reactors cool in the event of a power outage.

While a nuclear meltdown is not a threat, long power outages are likely during a Category 5 storm like Irma. Live Science reported Gould as warning that since it's been more than 10 years since West Palm Beach and South Florida have experienced a major storm, felled trees will likely cause wide spread power outages.

There may be situations where we will physically have to rebuild, not restore, the power system. That could take days or weeks. ... This is a hurricane unlike anything we have seen approaching the United States, and while we have made these improvements to the electric system, there is just no way to hurricane-proof an electric system.

Because a time frame for restoring power is not certain if systems need to be rebuilt, Gould urged residents with electricity-specific medical needs to make sure they have a back-up plan, like a generator.

If you're counting on Irma weakening before she hits the sunshine state, CNN reported that Irma is expected to make landfall in Florida as a Category 5 storm. Additionally, the hurricane is predicted to be more devastating than Hurricane Andrew, which battered Florida in 1992.

As The Weather Channel reported:

Andrew made landfall as a category 5 hurricane with maximum winds around 165 mph. However, the areal extent of hurricane force winds were confined to about 70 miles from the center of circulation. Irma is expected to make landfall with maximum winds around 140 mph but its areal extent of hurricane force winds will be over twice as large as Andrew's. The larger size of the hurricane coupled with its high intensity implies that Irma has a larger integrated kinetic energy than Andrew. Integrated kinetic energy is a more accurate predictor of damage potential than maximum intensity alone and therefore, Irma has high damage potential as it moves inland into Florida.

We are running out of time. If you are in an evacuation zone, you need to go now. This is a catastrophic storm like our state has never seen.

Make sure your disaster kit is stocked and within reach. Port St. Lucie residents with questions about evacuations and shelters can get more information on the St. Lucie County Public Safety website.