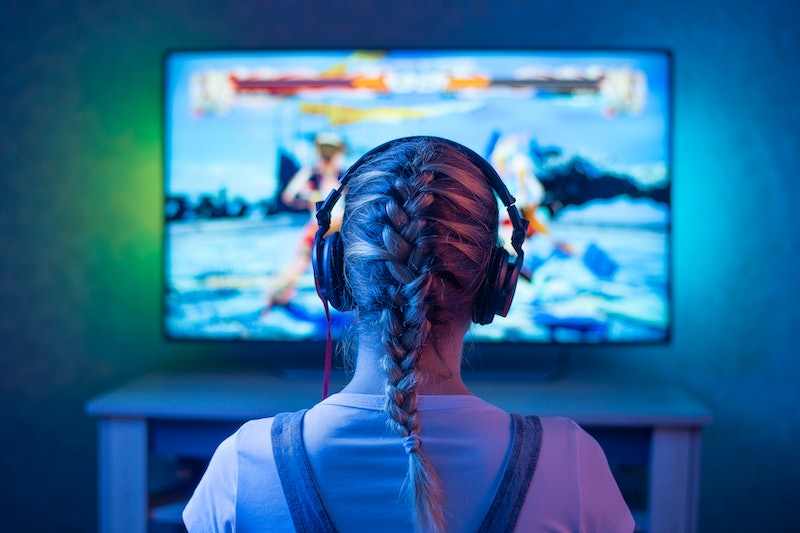 With rapid advancements in gaming technology and pre-approved transactions, some gaming developers have reportedly begun to capitalise on players spending money through microtransactions. What was once earned through achievements and progression is now available to unlock quickly with real money, which led to a UK government committee publishing a report in September 2019 on how in-game purchases through random mechanics needed to be under the same regulation as gambling. But will in-game purchases be banned in the UK altogether, or will legislation be put in place to monitor how much players can spend and how old they have to be to purchase them?

In-game purchases come in many forms, but the report published by the Digital, Culture, Media and Sport Committee, focused primarily on loot boxes and how they could have a detrimental impact on a player's mental health and spending habits. Loot boxes, used in games like Counter-Strike: Global Offensive (CS:GO), Fornite Battle Royale, and Apex Legends, are virtual boxes that can be redeemed with real currency for more items.

As the content of these boxes is randomised, the player has to rely on the luck of the draw to receive what they want, which can lead to a multitude of issues. This has become especially prevalent with younger gamers, as there is an increasing trend of children spending their parent's money without their permission on these purchases.

"Loot boxes are particularly lucrative for games companies but come at a high cost, particularly for problem gamers, while exposing children to potential harm," DCMS Committee Chair Damian Collins MP said in the 2019 report. "Buying a loot box is playing a game of chance, and it is high time gambling laws caught up. We challenge the Government to explain why loot boxes should be exempt from the Gambling Act."

The DCMS Committee collated evidence in the report from a variety of sources, including gamers directly affected by the addictive nature of these purchases and medical professionals working directly in the field of gambling addiction and gaming disorder. "Gaming disorder based on excessive and addictive gameplay has been recognised by the World Health Organisation," Collins added. "It's time for games companies to use the huge quantities of data they gather about their players, to do more to proactively identify vulnerable players."

Developers and gaming associations do not agree with the evidence collated in this report, despite the DCMS stating how difficult it was "to get full and clear answers" from developers in the first place. As PC Gamer reports, the ESA (Entertainment Software Association) stated at the time that they "strongly disagree" with the Committee's findings.

"As demonstrated by the recent announcement of policies regarding the disclosure of the relative rarity or probability of obtaining virtual items in pad loot boxes as well as the robust parental controls that empower parents to control in-game purchases, the videogame industry is a leader in partnering with parents and players to create enjoyable video game experiences," a ESA representative said at the time. "In addition, numerous regulatory bodies around the world, including those in Australia, France, Ireland, Germany, and the UK, have come to a conclusion starkly different than that of this committee."

However, on April 13 2020, the ESRB (Entertainment Software Rating Board) and PEGI (Pan European Game Information) announced that new warnings will be added to games that include in-game purchases and loot boxes. As PEGI writes in their statement, the “information will be included in the form of a notice (Includes Paid Random Items) on physical packaging and on digital storefronts.” PEGI has assigned the “in-game purchases descriptor to games since September 2018,” but this marks the first time that the ratings board are notifying customers whether a “game features paid random items” like you’d find in loot boxes.

“For a parent who may not be fully familiar with the video games landscape, seeing this simple descriptor on the packaging of a game they consider buying should trigger the reflex of keeping an eye on the gameplay, once the game has been purchased and given to the child,” PEGI Managing Director Simon Little said in a statement (via Microsoft news site Windows Central). “It’s basic information, but that’s what parents sometimes feel they are lacking.”

This is a positive move, but as the Independent reports, countries such as Belgium have already banned loot boxes altogether. Belgian Minister of Justice Koen Geens stated that they "were in violation with the country's gambling legislation and game developers that failed to comply could face heavy fines or even prison sentences,". The Netherlands and China have also taken this into account, and "have already either classified loot boxes as gambling or moves to restrict them," The Guardian writes.

Additional microtransactions such as DLC (downloadable content) and cosmetic items are still available. But even then, it's still ridiculous that developers are charging players for additional content. As The Guardian points out, "[w]hat were once called computer games were bought, complete, on disk." If players were after additional content, it was up to the developers to create and release expansion packs or sequels.

In January 2020, NHS mental health director Claire Murdoch “called for a crackdown on gambling addiction risks,” as Eurogamer writes, which included the use of Loot Boxes. This followed the confirmation that the NHS was opening a new treatment centre “in response to growing concerns about addiction to gaming.”

“Frankly no company should be setting kids up for addiction by teaching them to gamble on the content of these loot boxes,” Murdoch said. “No firm should sell to children loot game boxes with this element of chance, so yes those sales should end.” She continued:

“Young people’s health is at state, and although the NHS is stepping up with these new, innovative services available to families through our Long Term Plan, we cannot do this alone, so other parts of society must do what they can to limit risks and safeguard children’s wellbeing.”

More like this
This Wordle Rival Is Taking Social Media By Storm
By Sam Ramsden
Ashamed Of Your Screen Time Stats? Here's How To Change That
By Alexis Morillo
How To Turn Off TikTok Profile Views So You Can Stalk Other Accounts In Secret
By Alexis Morillo
Turns Out George Clooney Is A Huge Fan Of This Classic British Game Show
By El Hunt
Get The Very Best Of Bustle/UK
Sign up for Bustle UK's twice-weekly newsletter, featuring the latest must-watch TV, moving personal stories, and expert advice on the hottest viral buys.

This article was originally published on Sep. 17, 2019