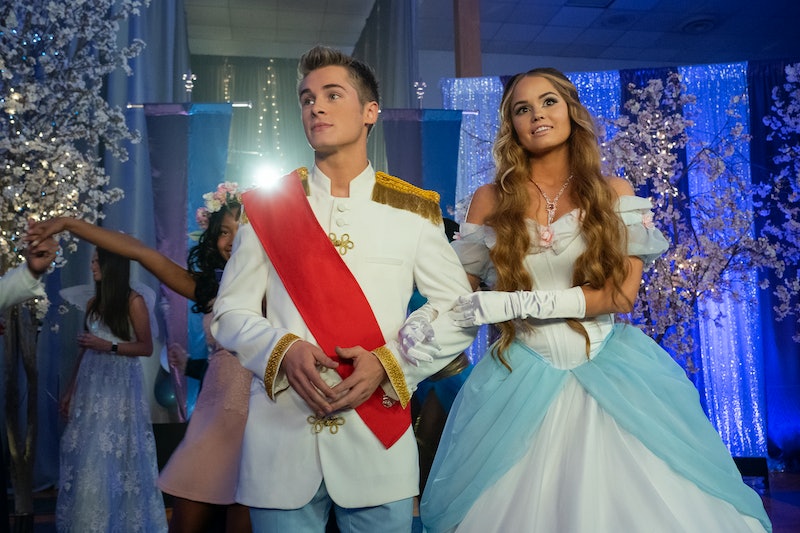 When Insatiable debuted last year, it garnered so much criticism that it spawned a viral hashtag (#NotYourBefore) and a Change.org petition calling for its cancellation. And yet, Netflix still renewed the show. So it's certainly not out of the question that Insatiable will return for Season 3.

Update: On Feb. 14 2020, Netflix announced that it was canceling Insatiable after two seasons, as reported by TV Line.

The series stars Debby Ryan as Patty Bladell, a high schooler who, after getting into a fight with a homeless man, breaks her jaw and has to have it wired shut. She loses a significant amount of weight as an (unintentional) result, and when she returns to school, she begins receiving a lot of attention from the very people who used to bully her. The show is framed as a "dark, twisted revenge comedy" in which Patty exacts revenge on everyone who made her feel worthless before becoming thin, but many viewers have accused it of fat-shaming. Critics called its first season "lazy" and "tone deaf," and over 230,000 people have signed the petition lobbying for it to be canceled.

"This series will cause eating disorders, and perpetuate the further objectification of women's bodies," the petition's description reads. "Let's stop this, and protect further damage."

In response, Netflix's Original Series Vice President Cindy Holland said critics had misinterpreted Insatiable's message, that the show is a satire, and that fat-shaming itself is "embedded into the DNA" of the narrative. "Ultimately, the message of the show is that what is most important is that you feel comfortable in your own self," she said during the 2018 Television Critics Association Summer Press Tour, per The Cut.

Because Netflix doesn't release official viewership data, it's impossible to know how many people actually watched Insatiable. But clearly, the streaming company felt it was enough to grant the show more episodes, and it does seem to have a fanbase. Though its critics score on Rotten Tomatoes is a measly 13%, audiences ranked it much higher, at 84%. And when Season 2 was announced, Refinery29 writer Ariana Romero noted that her co-workers have a lot of teen relatives who like the series.

In its Season 2 trailer, Insatiable seemed to intentionally play into its Season 1 criticism. "Don't let the past drag you down," Patty's beauty pageant coach Bob (Dallas Robert) tells her. "We're leaving all the drama behind."

The line is technically referring to the fact that, at the end of Season 1, Patty murdered her boyfriend and Bob helped her dispose of the evidence and body. But as IndieWire's LaToya Ferguson wrote, it feels quite pointed — especially considering the trailer also promoted the show as "criminal," "messy," and "really, really, twisted." The "drama," as Bob said, has apparently not fazed the Insatiable team — nor does it seem to have affected their renewal chances.

Netflix has yet to officially announce whether or not Insatiable will return for Season 3, but star Alyssa Milano has already begun hyping it up. "Season 2 of @insatiable is near...but let's be honest," she captioned an Instagram photo of her alongside co-stars Dallas Roberts and Christopher Gorham in August. "@insatiable 3 is what you never knew you always wanted. Just stay open."