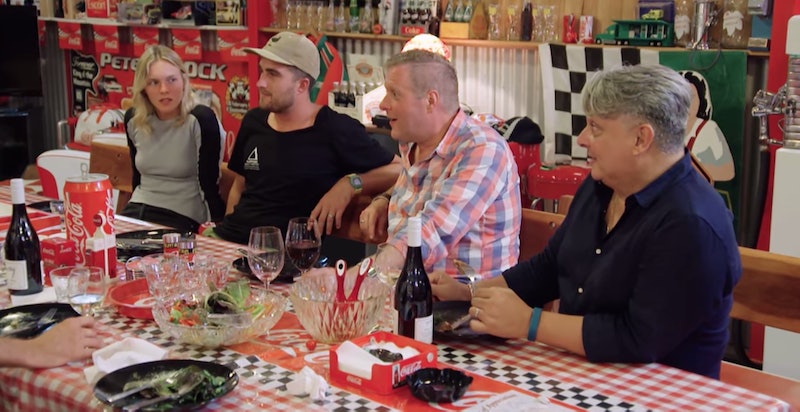 If you're still saving up for your next big vacation but also nursing a serious case of wanderlust, good news: you can live vicariously through Netflix's Instant Hotel, which follows various couples staying in (and harshly judging) each others' Airbnb-style rentals. Pettiness and real estate porn? What more could you want in a reality show? The Australian series returns June 28 for another season of beautiful sights, homeshares, and snarky put-downs, and while unfortunately, it's not yet clear if Instant Hotel will return for Season 3, Netflix has plenty of other interior design-focused shows to keep you busy while you wait for news.

One thing that makes Instant Hotel unique is that it's a competition series in which the contestants are also the judges, meaning that they're all more than happy to point out when one of their competitors falls short. Whether it's criticizing the decor in one of the competing homes or bashing the nearby activities (which are completely beyond the control of the actual homeowners), Instant Hotel contestants find any and every reason to take points away from their fellow competitors. These other home and travel shows aren't nearly as cutthroat or delightfully passive aggressive, but they still offer their own brand of HGTV-style entertainment. And if that's not enough, you can always re-watch Instant Hotel's first season.

Stay Here features the same kind of people you might find on Instant Hotel: homeowners who are looking to rent out their houses, spare rooms, and other living spaces so that they can turn a profit. However, instead of pitting owners against each other, Stay Here's designer Genevieve Gorder and real estate expert Peter Lorimer give owners insight and advice about how to kick their rental spaces up a notch and maximize their earnings.

The World's Most Extraordinary Homes

The World's Most Extraordinary Homes is exactly what it sounds like. It follows award-winning architect Piers Taylor and actress/property enthusiast Caroline Quentin as they tour some of the most incredible homes around the world, from mansions basically surrounded by pool space to those built right into cliffs.

If you combined The Real Housewives with Million Dollar Listing, you'd get Selling Sunset, which follows real estate agents at the Los Angeles' Oppenheim Group as they mix their increasingly conflicting personal and professional lives.

If you're looking for the competitive energy of Instant Hotel while still staying within the realm of home makeover-themed television, The Apartment may be the best show to scratch that itch. The Thailand-set series recruits people from all over the world to make over luxury villas, and if their designs aren't up to snuff, they're eliminated.

Only Seasons 3 and 4 are available on Netflix, but that should still be enough to tide you over until more Instant Hotel. There may not be any show quite like it out there, but if you're hungry for more, Netflix has plenty of other options. And in the meantime, keep your fingers crossed that Instant Hotel will be back.