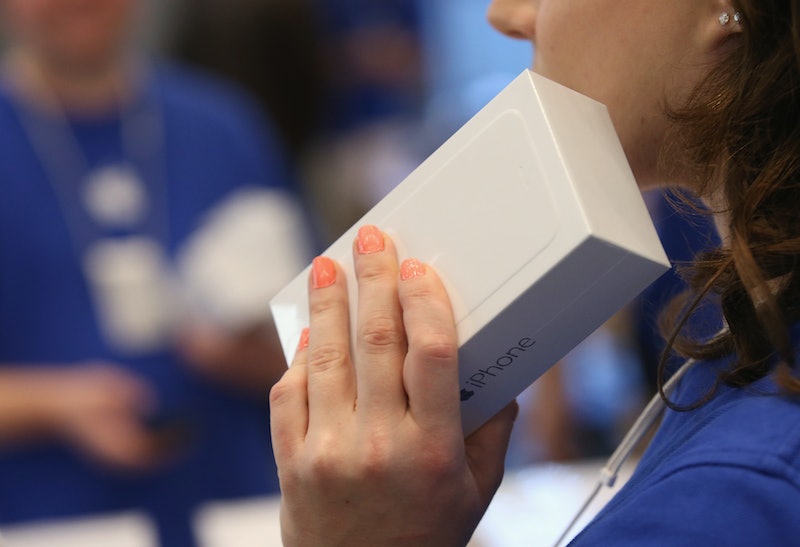 Apple is expected to release a big operating system upgrade this September — but some iPhone users won't get to take advantage of iOS 13's new features. In particular, the iPhone 6, along with several other older iPhone models, won't be able to support the new operating system, according to Apple. This announcement has left many users wondering whether their iPhone 6 will work after iOS 13 is released. As it turns out, it seems like iPhone 6 users will have to weigh the pros and cons of continuing to operate their devices after the latest upgrade is in place.

According to Apple, iOS 13 has an array of new tools and updates that will "give your iPhone a whole new look. And take it to a whole new level." Some of these features include a Dark Mode option to provide a different design scheme and allow for easier reading, a completely new map application, tons of photo and camera updates, and several privacy and security enhancements, among others.

However, only certain iPhones are capable of receiving the iOS 13 upgrade. As Engadget described, the iPhone SE, 6S, and 6S Plus are the oldest phone models that will support iOS 13, meaning that the iPhone 6 doesn't make the cut. However, this doesn't mean that your iPhone 6 won't work once iOS 13 is released — it just means that you won't be able to download the operating system upgrade. Instead, you will need to keep using iOS 12 for as long as you continue using your phone, TechRadar noted.

While you can absolutely still use your iPhone 6 after iOS 13 is released, there are several factors you should consider when determining if you want to keep using it — and for how long.

As Orchard, a Canadian company dedicated to making smart phones affordable for more people, described, iPhone 6 users won't be able to access new privacy features — and possibly new security updates — that become available with iOS 13. This could make the iPhone 6 "more vulnerable [to security problems] than other phones," the company noted. Jefferson Graham, a technology columnist for USA Today, agreed, noting that iPhone 6 users will become more likely to experience "potential security breaches" if they don't have access to operating system updates.

Moreover, as both Orchard and USA Today expressed, without access to iOS 13, iPhone 6s eventually may not be able to run all applications, because some apps might stop supporting the 6 as well. However, it's hard to pinpoint exactly when this might occur. "It’s complicated and the timelines are a bit unpredictable, but we expect the iPhone 6 to be supported by *almost all* apps at least until late-2020, if not well into 2021," Orchard noted on its website.

So, with the impending iOS 13 update, iPhone 6 users have several choices. They can keep using their current phone, upgrade to the newest model (three new phones are expected to be released in September, per The Inquirer), or purchase an older, less-expensive model that will still run iOS 13, like the SE, 6S, 6S Plus, and beyond. An official release date for iOS 13 has not yet been announced, but 9to5Mac.com estimates that it will take place the second or third week of September.