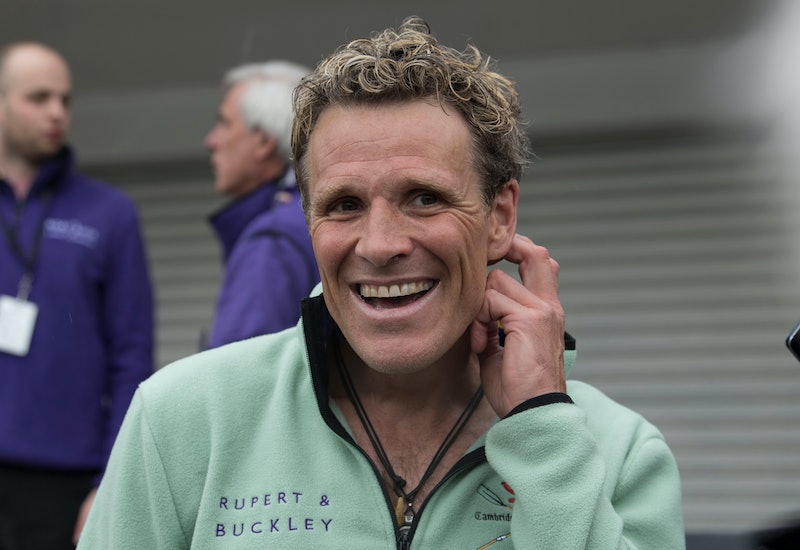 The end of summer is nearly upon us, but that also means that we're one step closer to Strictly season. Yesterday (Aug. 14) officially marked the first day of filming for this year's series, thanks to contestants Catherine Tyldesley and Chris Ramsey tweeting about the news. James Cracknell was also pretty active on the social media site, but for an entirely different reason. Ramsey was unfortunately involved in a collision while riding his bike in London, as the Express reports. So will James Cracknell still do Strictly Come Dancing, or will this accident mean that he'll have to miss out on the 2019 series?

Thankfully, Cracknell informed fans that his accident wasn't that major and it was only a "slight wobble — literally — in [his] Strictly preparations," as he wrote in a caption attached to the video message. I've reached out to Cracknell's rep to confirm that he is indeed still appearing on the series, but from what he says in the video it seems there wasn't a lot of damage done other than to his finger.

"I had an altercation with a minicab driver in London," he said stood alongside his bike (via The Sun). "A bit of a busted finger, some road rash on my back, but okay! The good thing is there was no street furniture around for me to fall into. I was also wearing a helmet, and I wasn't listening to music so I could concentrate and was focused on what was ahead." He added:

"I now have to switch my focus from riding a bike to learning how to dance. To be honest, I have got more chance of winning the Tour [de France] than winning Strictly Come Dancing, but in for a penny!"

The news that Cracknell, a double Olympic Gold Medallist, would be part of this years Strictly was announced last Wednesday (Aug. 7). "I'm really looking forward to being a part of Strictly this year," Cracknell told the BBC. "Having spent so many years mucking around in a rowing boat with big men in tight lycra, it's time I learned a new skill. I need to apologise to my kids in advance for the embarrassment."

He spoke about the news further on Good Morning Britain the day he was announced as a contestant and teased his dancing skills. "I single-mindedly lean on a bar, and then at some point in the night I think I'm really good at dancing," he told hosts Ben Shepard and Kate Garraway. "I know what I'm in for and I've had some mates that have done it as well. It's going to be really interesting having no confidence in it and then working to see, 'OK, can you do it?'"

"The biggest challenge for me is gonna be giving myself permission to look stupid, fail, [and] let yourself off the leash."

Cracknell was the 14th contestant announced for the show, and joins the likes of Chris Ramsey, David James, Jamie Laing, Michelle Visage, Anneka Rice, Mike Bushell, and Saffron Barker, as The Sun reports.