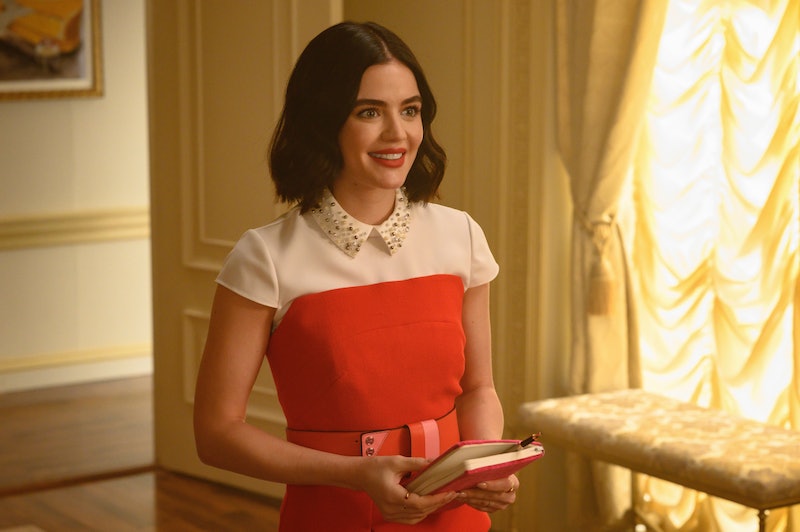 Though the CW has renewed virtually all of its current shows, it has yet to green-light Katy Keene for Season 2. But it's probably just a matter of time. It's a spinoff one of the network's most popular shows — Riverdale — which has already been renewed for Season 5. And the CW will likely want to keep expanding (and intertwining) those two worlds.

In Season 1, Josie's mom Sierra and Kevin Keller both appeared in Katy Keene, and in the May 14 finale, Mark Consuelos is set to stir up trouble for the Katy Keene crew as his Riverdale character Hiram Lodge. The show takes place five years ahead of the Riverdale timeline, but Riverdale is set to have a time jump in Season 5, which could open up even more crossover possibilities. We know that Veronica Lodge is friends with Katy, who already appeared in Riverdale. Additionally, Katy's boyfriend K.O. is a boxer, so his meeting Riverdale boxer Archie Andrews seems plausible.

One thing not working in Katy Keene's favor is its ratings, which haven't exactly been stellar. It's currently the network's third least-watched scripted series with about half a million viewers per episode. But the two shows faring worse in viewership (In the Dark and Dynasty) have both already been renewed, so it makes sense to give the better-performing Katy Keene a renewal as well.

It's also worth noting that Riverdale's viewership shot up significantly in Season 2. The same could be true for Katy Keene if the CW is willing to give it a shot, and there's reason to believe they will be. Due to the COVID-19 pandemic, many pilots weren't able to film before production shutdowns, and according to Deadline, most networks would rather renew a "bubble" show (aka a series that is doing OK but not great) than order a new series without having seen the pilot. The outlet also reported that a decision about Katy Keene won't necessarily happen soon, but that the series "is being seriously considered for renewal in the current challenging situation."

If the show is renewed, it could be moved to October 2020 to run alongside Riverdale, or it could remain a midseason show and come back in February 2021. In order to make a fall air date, Katy Keene would need to begin production around July like Riverdale does, which might not be feasible. A February premiere would allow the show to delay production until late September, when it might be more safe to film. And who knows, maybe all this downtime will bring Katy Keene some new fans.