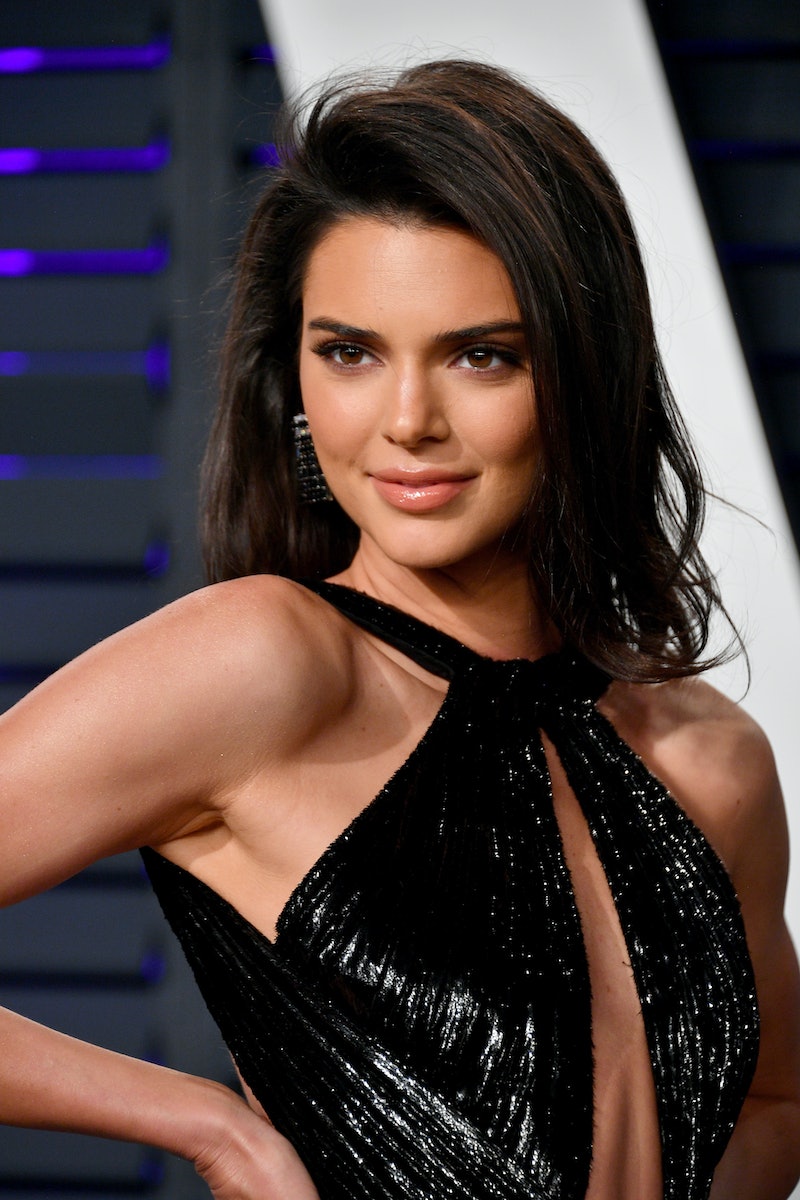 Most of the Kardashian-Jenners are known for their long hair, where members like Kim and Kylie constantly experiment with waist-length extensions and changing color wigs. But not all of the sisters want to keep their long locks. Kendall Jenner wants to shave her hair, but has held off when it comes to reaching for the scissors.

Jenner has had the same hairstyle for quite some time, keeping her dark hair hovering over her shoulders for years now. She undergoes hair transformations for photo shoots and campaigns, but when it comes to parties, events, and her day-to-day looks, Jenner likes to stick to her usual look. But that is not to say she hasn't thought of making a drastic change.

“I think about just shaving it all off sometimes,” Jenner shared with E! “I mean not like a buzz. But I think about chopping it off."

According to Jenner, she cut her hair a couple of years ago and she has been steadily growing it out ever since. Jenner told E! that she didn't plan to grow out her hair, but it naturally happened since she stopped cutting it when going to the salon.

When Jenner came onto the modeling scene, she had waist-length black hair, much like her sister, Kim Kardashian. Then in June 2016, Jenner debuted a lob on Snapchat, accompanied with nothing more than a ghost emoji caption.

A month later, on July 2016, Jenner once again got a fresh chop, this time shortening her hair into a bob. Jenner appeared on celeb hairstylist Jen Atkin’s Instagram, where the stylist showed the model's blunt bob to fans and followers. Since then, Jenner has been slowly growing out her locks, occasionally getting a lob trim from time to time.

The reason Jenner hasn't cut her hair into a pixie like she wants to is because she would look too similar to her mom, Kris Jenner. Kris Jenner's short 'do is her signature hairstyle.

"I've been on sets before and they put short wigs on me like my mom, and it's just too much. I literally am mini Kris Jenner when I don't have my hair," Jenner told E!

In Sept. 2017, Jenner walked in Tom Ford's New York Fashion Week show wearing a pixie cut, proving just how similar Jenner can look to her mom with the cut. Stylist Orlando Pita was the master behind the faux-pixie cuts, where he twisted the models' hair up and kept the locks tucked away and in place with a massive dose of hairspray.

Even though that was two years ago, it opened up Jenner to the idea of a pixie cut. “I never really thought about it until now,” Jenner said backstage during the show, according to Glamour. “But I do think I look a lot like my mother.”

While Jenner doesn't want to copy her mom's style, that doesn't mean a massive hairstyle change isn't in the cards. "Some of my friends are like trying to push me to do it," Jenner told E! So stay tuned, because fans might just see a short-haired Jenner in the future.