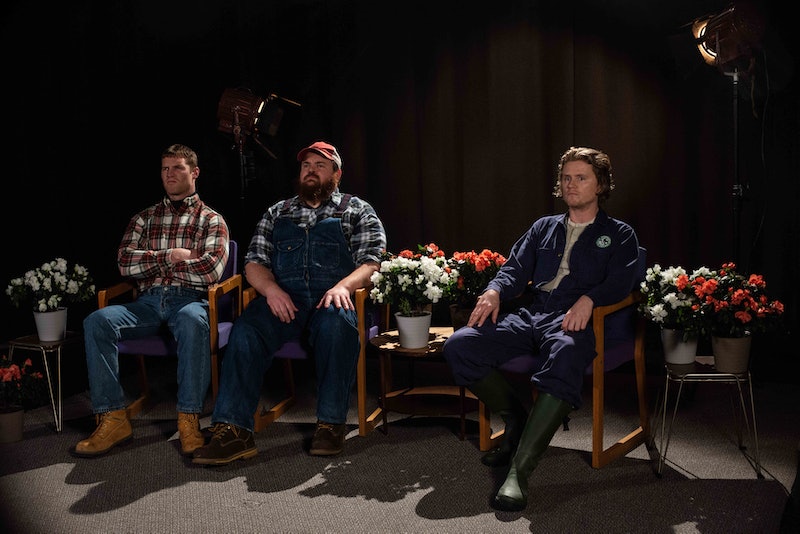 Letterkenny's freshly concluded seventh season ended with Daryl (Nathan Dales) heading back to Quebec, leaving Wayne (Jared Keeso) behind in Ontario and the future of the show up in the air. Neither Hulu, which only acquired the U.S. rights to the beloved Canadian comedy earlier this year, nor its original network Crave have announced whether or not Letterkenny will return for Season 8. However, series creator and star Jared Keeso may have already slyly confirmed the show will be back.

Speaking to The Star in August 2018, Keeso confirmed that Letterkenny had recently been green-lit for 40 more episodes. At that point, Season 5 had already aired, so it's likely that the 40 episode order started with Season 6. Both Season 6 and Season 7 only had six episodes each, which means that once you subtract the annual holiday specials, there should still be at least 24 more episodes coming.

"40 episodes means job security for the next three years," Keeso told the publication. "The fact I didn’t have that for my first 10 years in this business is not lost on me."

If future seasons of Letterkenny follow the same six-episode format as the previous ones, that would leave room for six more seasons, meaning Letterkenny could theoretically carry on through Season 14.

As for what a potential Season 8 could entail, the Season 7 finale left plenty of unresolved questions. How will Daryl fare in Quebec, and will he ever return to Letterkenny? What will Wayne do now that his partner in crime isn't by his side? Will Bonnie and Daryl become an official item, and will the Bro Code be broken?

Ultimately, though, it's the show's eclectic group of characters who make it compelling, not the plot points. "When we toured the live show across Canada this past spring, there was no consistency whatsoever in age or race with the folks who came through. That made me feel pretty damn good," Keeso explained to The Star. "Everyone knows someone from Letterkenny. There’s accessibility there."

So as long as Wayne and co. remain the emotional core of Letterkenny, it should be around for a long time to come — especially as, with the boost of Hulu, it continues to expand its audience.

If Letterkenny does return for Season 8, it likely won't be until the end of 2020, judging from the release dates of the past two seasons, which came in December and October, respectively. In the meantime, fans are already speculating that there may be a Christmas special to look forward to before the end of the year.