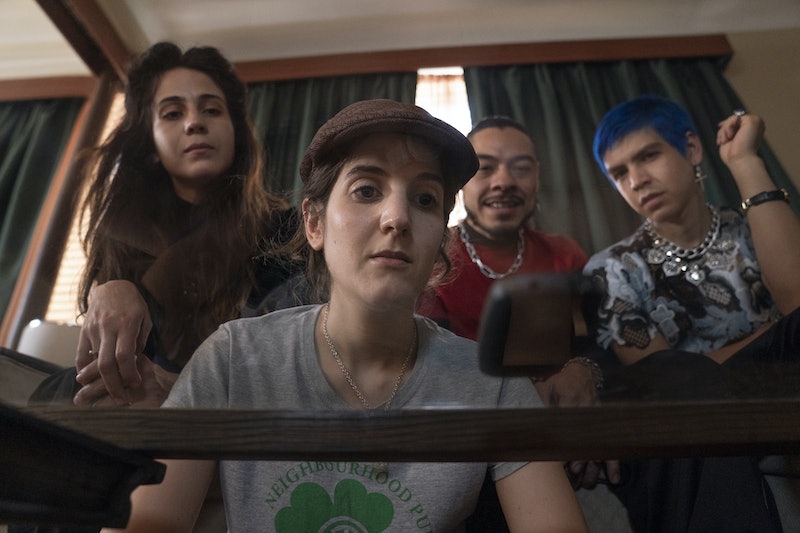 Who needs Big Little Lies when you can have Los Espookys? The HBO comedy may not have the cultural impact of HBO's other massive 2019 hits like Game of Thrones, Big Little Lies, and Chernobyl, but what the show lacks in mainstream success (for the time being) it makes up for in having a deeply singular voice. The Spanish-language horror-comedy has not yet been renewed for a second season, but until Los Espookys returns for Season 2 viewers may be able to find joy in watching other works crafted by the creators of the HBO series.

Los Espookys is co-written by Julio Torres, best known for writing some of Saturday Night Live's oddest comedy sketches, and Ana Fabrega, who has worked on comedy programs like The Chris Gethard Show and At Home With Amy Sedaris, both of whom star in the series as Chocolate heir Andrés and the perpetually gig-working Tati. Los Espookys marks the first formal collaboration between the two writer/performers, and while the show may be their most high-profile project yet, it's far from the first time that the two have gotten to showcase their comedic chops.

With plenty of projects behind them and more in the future, there are plenty of shows and videos to watch to pass the time between the Season 1 finale of Los Espookys and the yet to be confirmed, but possible, Season 2 premiere of the series.

It's likely no surprise to anyone that watches Los Espookys that Julio Torres' first full stand-up special doesn't look anything like a typical stand-up special. Drenched in vaporwave aesthetic and seated behind a massive conveyor belt, Torres takes audiences through a tour of his Favorite Shapes in a show he's been touring since 2017 and provides audiences with a a direct connection into one of the two dominating comedic voices of Los Espookys.

Three years before they played architects of horror on Los Espookys, Torres and Fabrega appeared together in the IFC web series Boy Band, which features a variety of comedians that have gone on to larger projects, including John Early (Search Party, The Disaster Artist), and Jo Firestone (The Tonight Show With Jimmy Fallon, Joe Pera Talks With You).

The Special Without Brett Davis

The first inkling that Fabrega and Torres would bring Latin-tinged absurdity to television came a few years prior to Los Espookys, when the two, along with future Espookys guest star Lorelei Ramirez, essentially hijacked the New York public access television series The Special Without Brett Davis to turn the program into an hour-long Latin talk show.

Torres and Fabrega are both very much still on the rise, far from being a household name in the same way that Espookys executive producer Fred Armisen is. However, the two have been working on the fringes of comedy for years and are more than due for a breakout project. While Los Espookys is their biggest project yet, don't be surprised if Torres and Fabrega construct something larger, stranger, and possibly even funnier than the frequently hilarious Los Espookys in the future.

More like this
The 'New Amsterdam' Series Finale Opens An “Unexpected” Door To The Future
By Brad Witter
Here’s What Happens To Bill & Frank In 'The Last Of Us' Video Game
By Brad Witter
Michael B. Jordan Tackled His "Public Breakup" With Lori Harvey On 'SNL'
By Brad Witter
Shonda Rhimes Responded To The Surprise Exit Of A Day 1 'Grey's Anatomy' Figure
By Grace Wehniainen
Get Even More From Bustle — Sign Up For The Newsletter
From hair trends to relationship advice, our daily newsletter has everything you need to sound like a person who’s on TikTok, even if you aren’t.