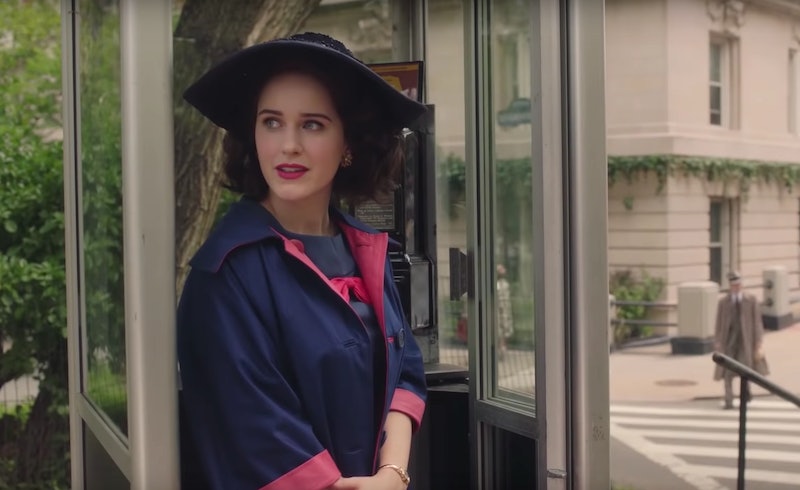 The fact that Season 3 ended with a cliffhanger pretty heavily hinted that The Marvelous Mrs. Maisel would return for Season 4, but now it's official. According to The Hollywood Reporter, Amazon has renewed the show. "We were thrilled to hear that for the fourth time, we do not have to pack up and vacate the premises," creators Amy Sherman-Palladino and Dan Palladino told the outlet in a statement. "We'd like to thank Amazon for all their faith and support, their partnership and enthusiasm, and for letting us hang with our favorite people, the cast and crew of Maisel, for a little while longer.”

Amazon Studios head Jennifer Salke added that Season 3 marked the series' most-watched opening weekend. Add that to the fact that Season 3 has already been nominated for two Golden Globes and four Screen Actors Guild awards in the mere week since its release, and such a quick renewal isn't surprising.

"We're so happy that our Prime Video customers will get to see Midge's story continue in season four," Salke said, per THR. "Amy and Dan have created such funny, charming, relatable characters, all with their inimitable wit and eye for detail, and our customers around the world will be delighted to have another season in the world of The Marvelous Mrs. Maisel."

A Season 4 is confirmation that Midge is one step closer to sitting on Johnny Carson's couch, which is where the Palladinos have envisioned her since the start of the show. "We're not hiding the fact that this is going to be a journey of success," Dan told The Hollywood Reporter in November. Added the always quippy Amy: "I think we know what our trajectory is for the first four to five seasons. And then I just want to see if I'm still breathing at that point. If I am, then we'll continue or Dan and his new wife will continue!"

Considering Reggie left Midge and two taxis full of luggage on the tarmac, she technically hasn't completed her first tour as an opening act. And if the Palladinos are shooting for late night show-level fame, she potentially has a long way to go. So until you see Midge sitting across from Mr. Carson, you can be at least somewhat confident that Maisel will be around for a long time to come.

This article has been updated to reflect Marvelous Mrs. Maisel's Season 4 renewal.

More like this
The Black Lotus Staff Has "Had Enough" In The 'White Lotus' Spoof From 'SNL'
By Brad Witter
Here’s Why Danny Masterson’s Hyde Isn’t In 'That '90s Show'
By Brad Witter
The 'Freeridge' Cast Shared Their Hopes For A Potential Season 2
By Grace Wehniainen
Netflix Shut Down 'Bridgerton' S3 Rumours About A “Very Dark” Storyline
By Bustle
Get Even More From Bustle — Sign Up For The Newsletter
From hair trends to relationship advice, our daily newsletter has everything you need to sound like a person who’s on TikTok, even if you aren’t.