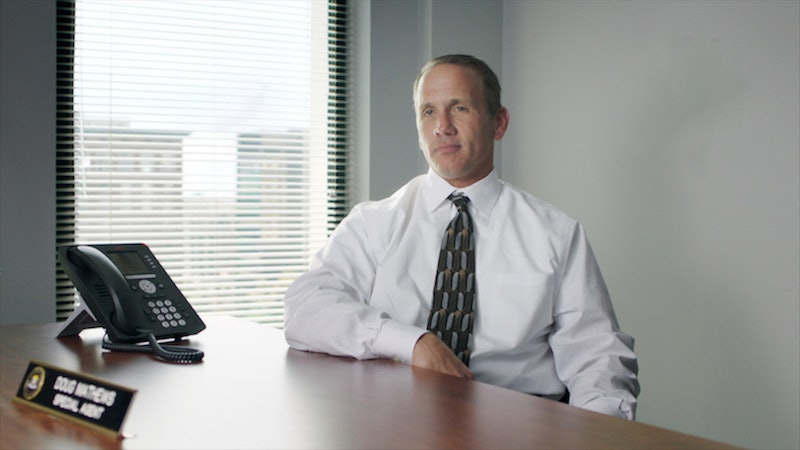 Because it was always billed as a miniseries, the prospect of a McMillions Season 2 has seemed unlikely since the beginning. The show — which chronicles the widespread defrauding of McDonald's Monopoly games beginning in the late '80s — tells a complete story through to the present day, including the events that have unfolded since the FBI shut down the criminal ring in 2000. Which is to say, there's not really much more to cover in a second season, unless maybe that second season arrives in another 20 years.

That being said, McMillions directors James Lee Hernandez and Brian Lazarte hinted on the show's companion podcast that there could be a spinoff of sorts in the works: namely, that they may be working on another project with Special Agent Doug Matthews, an FBI agent who worked on the McDonald's case and has become hit among fans for his candor in explaining the FBI's side of the story. It wouldn't necessarily be a second season of McMillions, but perhaps Matthews has worked on some other interesting cases that another docuseries could explore.

Additionally, before McMillions began airing on HBO, the story of the McDonald's Monopoly game scam had been picked up by 20th Century Fox to be turned into a based-on-a-true-story fictional film titled McScam. Collider reported that Ben Affleck was set to direct and Matt Damon was set to star. The film stalled a bit after Disney purchased the 20th Century Fox, but Affleck recently told Collider that the project is still alive.

"We've gotten a new draft that's really good ... We really like it. We're still developing the script," Affleck said, adding to Entertainment Tonight that he thinks McMillions' popularity will help speed along the movie's production. "I think being a hit documentary, [it] can only help that story and prove that it's really interesting and generate support for it," he said. "We gotta find the right tone [for the movie]. But everybody knows that game, everybody knows McDonald's, everybody knows the Monopoly game, and the fact that it was a huge scam is amazing."

So even though McMillions has technically come to a close, the story will continue to live on in other forms.