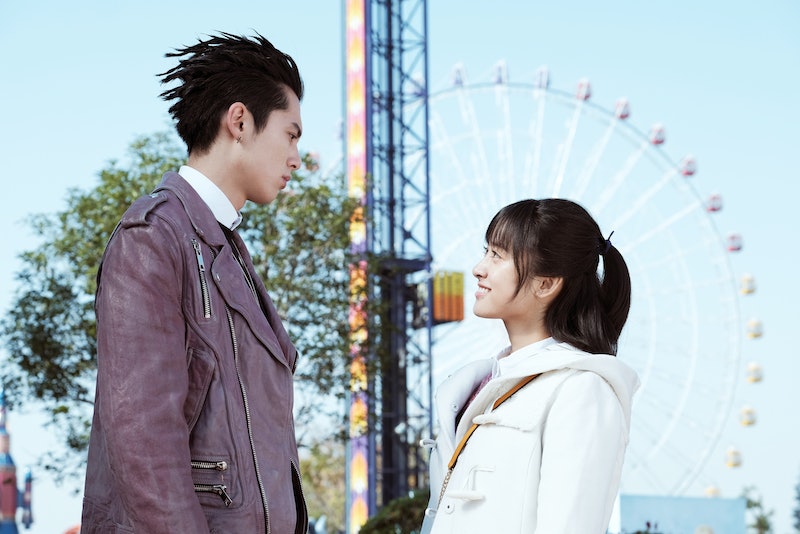 Netflix has been steadily expanding its internationally produced content, and Meteor Garden was added to the ranks earlier this year. The show is a remake of a 2001 teen drama of the same name that was popular mostly in Asia, and it's about to wrap its first season of episodes — so will Meteor Garden return for Season 2?

According to IMDB, the original 2001 series ran for 50 episodes, and Netflix's press site says that the new version is also slated to close out with 50 for this season, so it might be a one-and-done deal for the show. Depending on viewer reception, though, even shows with no initial intent for a Season 2 have changed up their plans, so while there's no official word from Netflix regarding more episodes, there could be hope. The streaming service was definitely enthusiastic about its release, signaling that it'd be open to even more episodes if viewership holds up.

“It was a drama series loved by many including teenagers and young adults," showrunner Angie Chai said in a Netflix press release announcing the show last month. "The new rendition is re-adapted for the millennial generation from story, script to an on-demand viewing platform so that a new generation of viewers will enjoy this classic love story."

Not only is the show updated for a new generation of viewers, but Chai said she's excited for it to be a Netflix project so that it can reach far beyond just the country where it was produced. "Netflix is top-of-mind for me as the platform to present this classic remake because it will showcase the unique charisma of Asian idol dramas to a global audience," she continued in the statement referenced above. "The new Meteor Garden also sets a new high for Mandarin idol drama."

The show streams in Mandarin with English subtitles for American audiences, and is also available on the global market with the exclusion of a few countries. According to the Netflix synopsis linked above, Meteor Garden's plot focuses on a young woman as she embarks on her journey at her university, where she's soon met with romance, new friends, and the inevitable world of cliques.

As a rule, Netflix doesn't disclose viewership details, so it's impossible to know exactly how the show is fairing among fans, but it is drumming up some enthusiasm on social media and online discussion boards, with praise coming for some of the main actors. "Both Shen Yue and Dylan Wang steal the screen every time they appear and their scenes together are so adorable," wrote one Reddit user, catxbeans.

Others were fans of the earlier versions of the story, and feel that this new venture fit in well. "Even though I know the plot, I'm still anxiously waiting for the next episodes," another user, deezim96, wrote. If Netflix were to pursue a second season, it seems it could very well have the audience to do so. But until the streaming service comes forward with an announcement, fans should soak up the last of this season.