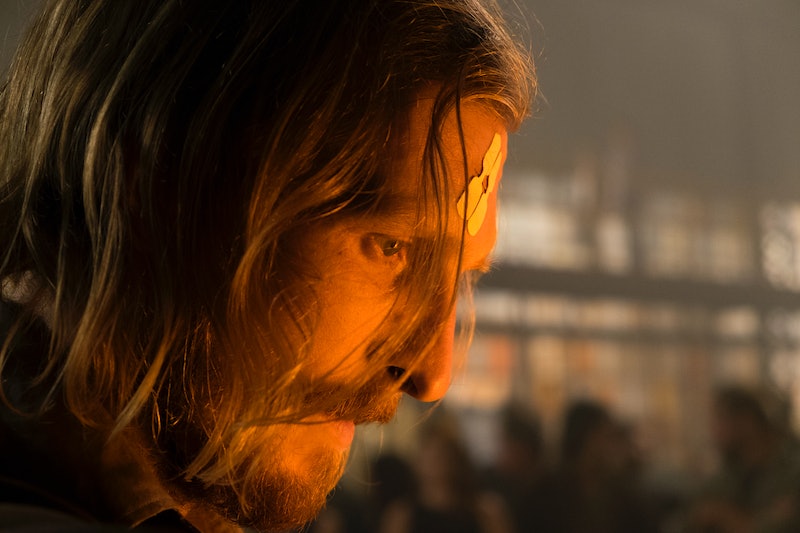 After a few weeks introducing our heroes to the Kingdom, dealing with power struggles at the Hilltop, and discovering a mysterious trash heap-based community run by an equally mysterious woman named Jadis, The Walking Dead is about to check back in with the Saviors. For Daryl Dixon's number one fan, this could spell trouble. Will Negan kill Dwight on The Walking Dead? Daryl escaped and killed "Fat Joey" all without Dwight noticing, so Sherry's beau may be on deck for doom.

The AMC series is playing with time a little. When the story picks up in Sunday's episode, Negan has just returned with Eugene, presumably to force him to manufacture more bullets for the Saviors. However, we've seen and heard the Saviors since that happened. In the episode "Rock in the Road," a few weeks ago, Jesus heard Negan's voice on the radio discussing both Joey's death and Daryl's escape. They also, presumably, set up the dynamite-ridden trip wire for the walker hoard in that time. Finally, Simon and some other Saviors, not including Dwight, searched Alexandria for Daryl. So, what happened to Dwight when Negan returned?

As Daryl was Dwight's personal prisoner, in a way, he's going to pay for the incident somehow. Hopefully Negan won't make an example out of him a second time. Remember that Dwight's face was burned when he and Sherry were caught running. I'm sure that for Negan, the temptation to take Lucille to Dwight's face next is rather strong.

According to TV Guide, Dwight may be looking to follow Daryl's lead and make a break for it himself. He's done it before, though he was without much success the first time, as we know. Will he be able to take Sherry with him? What if Negan just banishes him, instead, and keeps Dwight's ex-wife? No matter what happens, I'm interested in Negan and Dwight's complicated relationship. I don't think Dwight's story is over on The Walking Dead, but I'm still nervous about what happens next.