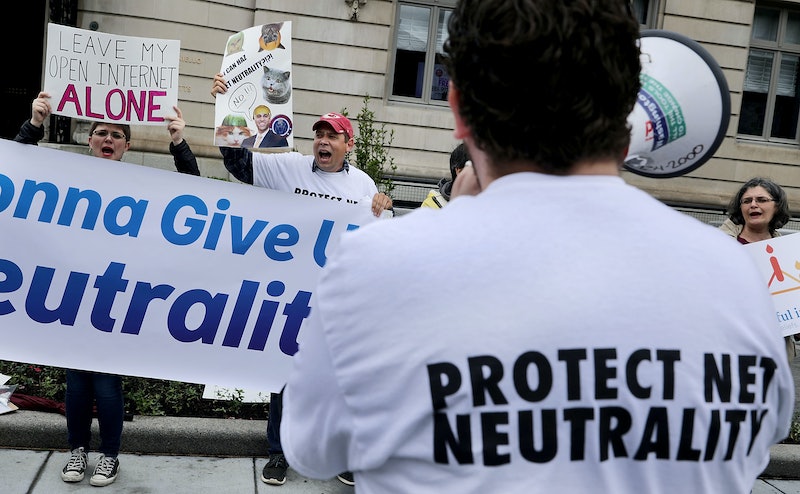 On Tuesday, the Federal Communications Commission (FCC) announced that it is planning to reverse Obama-era net neutrality protections. If the FCC proceeds with these plans, it could limit Americans' ability to equally access the internet and all of its content. Eliminating net neutrality in the United States could result in a vastly different internet experience — an experience which other countries without net neutrality, like Portugal, are currently undergoing.

The concept of net neutrality essentially mandates that internet service providers (ISPs) cannot regulate Americans' access to the internet, meaning that they cannot choose to speed up or slow down certain content and must provide equal and un-prioritized access to all content on the web.

However, the FCC's new proposal to roll back Obama-era protections that mandated net neutrality means that equal content access would no longer be mandated. Furthermore, it means that internet service providers could charge users more to access certain content on the web, charge companies more to be given priority access, and potentially even block users from accessing content. To see an example of a country sans net neutrality in action (and see what the United States could potentially look like if net neutrality is repealed), it is helpful to take a look at the case of Portugal.

While Portugal is subject to European Union net neutrality laws, there are a variety of legal loopholes that allow the country to thwart these laws. In doing so, internet service providers have started selling content access packages that require people to pay for the type of content they would like to access. As Business Insider reported, Portugal's wireless carrier, Meo, requires that users pay for an overall data package and then pay for additional data packages based on the web services they want to use.

A screen shot originally shared by California Democratic Representative Ro Khanna on Twitter in October, reveals that Meo users must pay extra for a variety of internet options. For example, users must shell out more money for services like the "video" package, which allows them more data to access sites like Netflix and Youtube, and the "social package," which provides more data for messaging services like Whatsapp and Facebook.

In Portugal, with no net neutrality, internet providers are starting to split the net into packages ... A huge advantage for entrenched companies, but it totally ices out startups trying to get in front of people which stifles innovation. This is what's at stake, and that's why we have to save net neutrality."

While, according to IFL Science, the Meo packages represent an extreme approach to internet service provision in a net neutrality-free country, this type of approach could absolutely replicate itself in the United States if net neutrality is repealed. Allowing internet service providers to charge people more for access to certain types of content — and charging internet companies more to be featured as prioritized content — means that the internet could become a space increasingly dominated by the same content, since content from smaller and less wealthy companies would not be able to receive priority access. Moreover, it could mean that Americans who do not have the money to pay for priority access could be limited in their ability to use all online services.

The Internet Association, which represents the interests of major technology companies (which are largely opposed to ending net neutrality protections), asserted that the FCC's move to end net neutrality "defies the will of millions of Americans." It also said it infringes on "Americans’ ability to access the entire internet."

The FCC will officially vote on whether or not to repeal net neutrality provisions on Dec. 14. However, the repeal is largely expected to pass, as the Commission has a Republican majority that will likely vote in favor of ending net neutrality protections. If the repeal does proceed, Portugal's internet situation may become a reality for Americans, forcing consumers to pay for every "part" of the internet they wish to access.