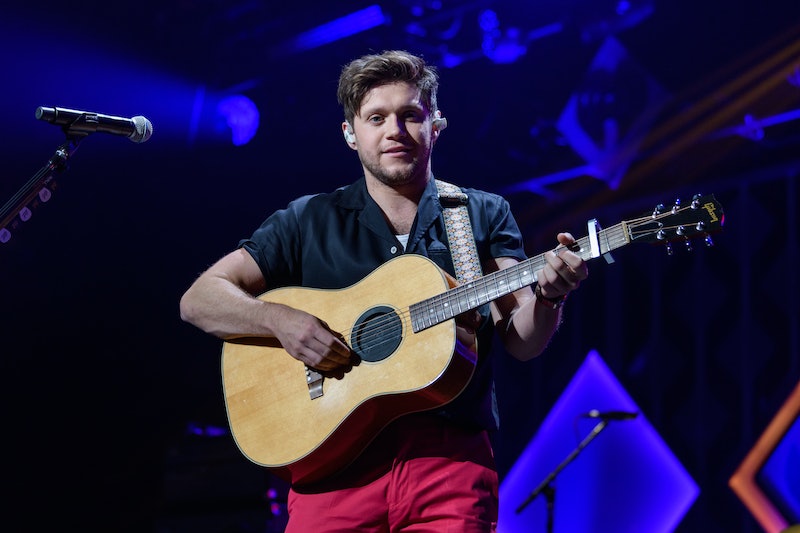 It’s only February but Niall Horan has already promised "2020 is going to a fun year for us." Sounds promising — after all, he's been busy. Fresh after releasing new single "No Judgement," the former One Directioner announced his second album Heartbreak Weather will be released March 13 this year. Taking to Instagram earlier today, the singer-songwriter also unveiled his edgy new album art to a chorus of excited fans. Does this mean our favourite former boyband member (well... today, at least) will tour the UK in 2020?

With three new single releases ("Nice To Meet Ya," "No Judgement," and "Put A Little Love On Me") and a brand new album to promote, all signs point towards a tour on UK soil. There's no news currently, but watch this space and I'll update you when I know more.

For now, the Irish singer has committed to a two-month long U.S. tour in April and May this year. The "Nice To Meet Ya" tour also has Lewis Capaldi on the bill who admits it'll "be a laugh."

The new music and U.S. tour comes after a two-year hiatus. Niall released his first album Flicker in 2017 and it was met with a positive reception (more than four billion streams). Yet, the 26 year old has even higher hopes still for his pending release.

Speaking to Billboard, Horan says we can expect some up-tempo tracks alongside the usual pop ballad tracks on Heartbreak Weather:

"The album is fun. There are some very sad moments, but for the most part it is a fun album. There are some nice melodies in there, some cool guitar riffs. I think my fans are going to enjoy it. It is the next step up from Flicker, it doesn’t feel too crazy."

Niall says recording the album has helped with his recent heartbreak. The singer reportedly broke up with actress Hailee Steinfield last year.

"Going through heartbreak helped write the ballads, even some of the happy songs – the sad songs that are dressed up as happy songs sometimes," he said to Billboard on Feb. 2, 2020.

Regardless, Niall says he "had the time of my life" creating new music. He also urged fans to "GET READY!" Let's hope he means for a UK concert tour.