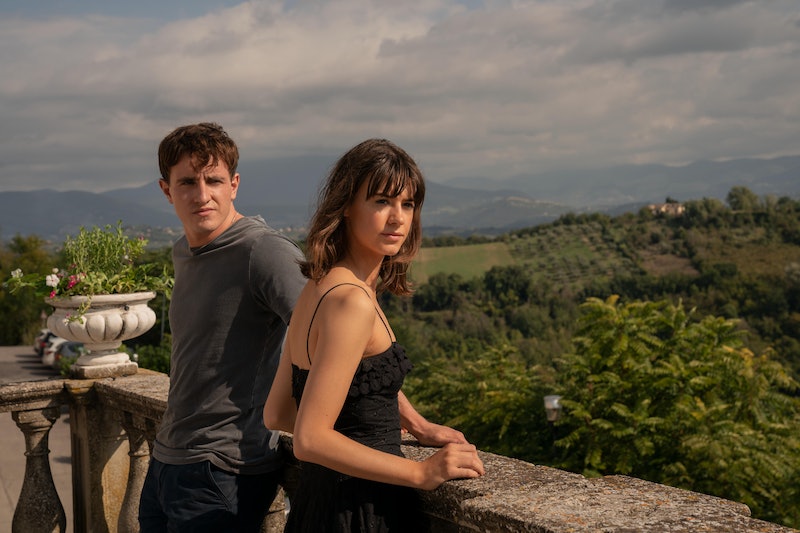 Spoilers ahead for Normal People Season 1. Hulu's Normal People is a faithful adaptation of the beloved novel right up until the very end: encouraged by Marianne, Connell decides to take an offer to study writing in New York City while she stays behind in Ireland, leaving us to wonder if their relationship survives. Considering there's no sequel to speak of, that may make it seem like a Normal People Season 2 is completely off the table. But Lenny Abrahamson, who co-directed the series, dreams of one day continuing their story.

"I have a fantasy of ... seeing where they are in 10 years time sort of thing. If I'm not too decrepit at that point," he told Radio Times. For now, he and showrunner/executive producer Ed Guiney have turned their attention to adapting Sally Rooney's first novel, Conversations with Friends. "But maybe down the line we'll come back to Connell and Marianne," Guiney told Digital Spy.

If they do, Normal People stars Paul Mescal (Connell) and Daisy Edgar-Jones (Marianne) will be all in. "Series one is the book," Mescal told NME. "But we don't know what's on the other side. The great thing about these two characters is that their lives continue."

Edgar-Jones added: "That’s what's so wonderful about the book. At the end, they're very much alive and you’re left not knowing where they’re gonna go. It's upsetting to read, but it's also quite thrilling and realistic. We've left the series in a similar way."

The only catch is that unless Rooney writes a sequel, a second season would have no source material to pull from, which has historically gone wrong in other adaptations (Game of Thrones, anyone?). But the author did co-write half of Season 1, so with her on board again, the story would be in good hands.