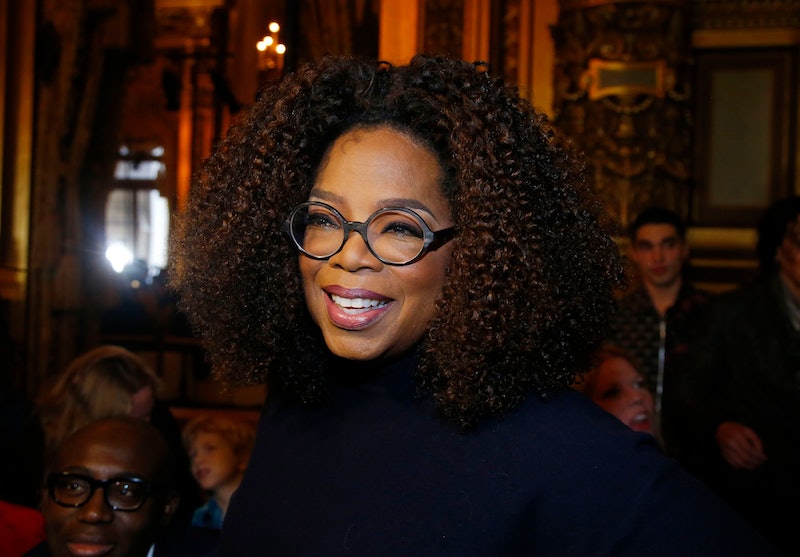 There are some people in this world who can always be counted on to be inspiring. One such figure is of course, Oprah Winfrey. Oprah is an American national treasure, but it's fair to say we're pretty fond of her over here too. So the fact she is going on her very own tour next year is pretty exciting news. But will Oprah's 2020 wellness tour come to the UK? Let's delve into this question, and take a look at what can be expected from Oprah's epic tour, named 2020 Vision: Your Life In Focus.

Let's start with what the tour will actually involve. Oprah announced her new project in an open letter written to the readers of her magazine, in which she explained that her tour will aim to help people have transformations in body, mind, and spirit. "Say goodbye to procrastination, denial, feeling stuck and wishing for a better life. This is going to be a day-long party for everyone, celebrating all that you are—and all that you’re meant to be," she wrote. "Each stop is going to feature a different lineup of celebrity guests, powerhouse leaders in wellness, and people from all walks of life who took charge and created lasting change."

And when she says there's going to be celebrity guests, she sure isn't joking. Because her tour will see appearances from the following incredible A-list stars:

And these celeb attendees sound just as excited as Oprah does, sharing their glee on social media. Former First Lady Michelle Obama, for example, shared the following message: "Oprah has been there for me in so many ways for so many years – since before my husband was even elected to the US Senate. Can’t wait to return the favour and join her.”

Attendees will experience what sounds like an awesome jam-packed day, which begins with a "pre-show dance party". Yep, for real. They will then be treated to an interactive session lead by Oprah, as well as sessions with the above speakers, and a movement workshop with Julianne Hough.

If while reading this all you're thinking about is how you can get your hands on tickets, I've got some bad bad news for you. Unfortunately, the tour is only in the U.S., and Vogue reports that there are currently no plans to bring it over to the UK. Sob.

But ya know, if you happened to be in America between January and March 2020, you could always pop along! The full details are over on the Weight Watchers' website (her partner on this tour), where you can also buy tickets.

Now we just need Oprah to run for President.