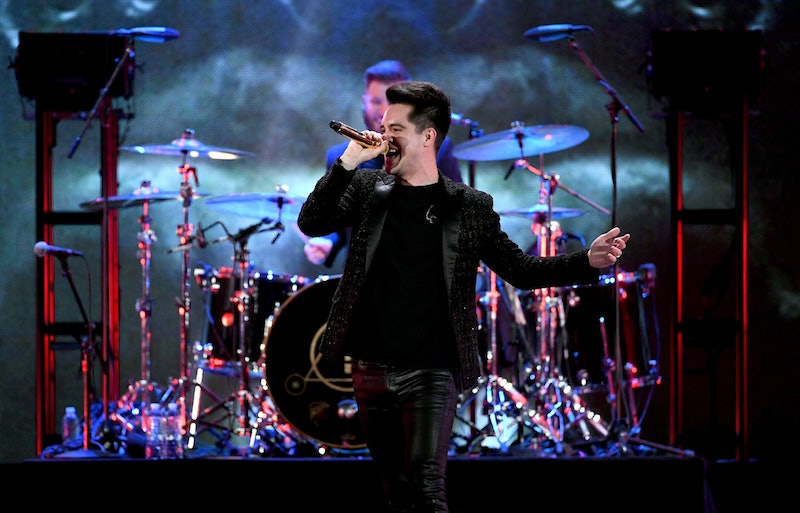 You may (read: definitely will) have seen Taylor Swift’s newest video for her latest song "Me!", which was released today. While the song is super catchy in true T Swift style, the video may have caught your attention for a number of reasons, most likely because of guest star Brendon Urie, who is the lead singer of Panic! At The Disco. Fans of the band will have noticed that they had a recent revival, along with new music. But are Panic! At The Disco going to tour in the UK in 2019?

Well, I have to break the news to you that it doesn’t look likely. Because unfortunately, the band literally just finished a round of UK shows in March. Yep, I know. Panic! At The Disco performed 6 dates in the UK, including shows in Manchester, London, Cardiff, and Glasgow. Their last date was on the March 30, and they have not played in the UK since, and their official website and Ticketmaster page does not appear to show any more upcoming dates.

However, that doesn’t mean you won’t be able to see the band soon live, but it will certainly require you to travel. Like, faaaar. The band are playing at two festivals this summer, but they’re in, er, America and Brazil. Told you it would mean some serious travelling. The band are playing Firefly Festival in Delaware on June 21, 2019, as well as Rock In Rio later in the year on October 3, 2019.

Panic! At The Disco’s March 2019 UK tour was for the band’s sixth studio album, Pray For The Wicked. The album was a hit in both the U.S. and over here, debuting at No.2 in the UK’s Official Albums Chart and No.1 on the USA’s Billboard 200. Impressive, fellas.

“Urie’s so much of a showman in every sense of the word that sometimes this Los Angeles arena stop on the band’s “Pray for the Wicked” tour felt like a circus, too,” he wrote.

“But through psychedelic light shows and major stage theatrics, Urie remained an ever-capable ringmaster, showing off and showing why he’s got the charisma, musical talent and stamina to be one of music’s longest-lasting leading men.”

The Guardian also gave the band a favourable review, again, honing in on Urie’s talents during his show in Glasgow:

“Whether Urie knows the future or not, it is clear that this starstruck audience will follow his barnstorming circus anywhere. In our joy-starved times, his muscular maximalism is a tonic.”

So unless you are willing to do some serious saving and travelling to get to Panic! At The Disco’s U.S. or Brazil festival appearances, I recommend you log onto YouTube, sit back, and enjoy the band’s recent tour via video.

Out of the kindness of my heart, I have even found the full London O2 gig on the streaming site, which can be enjoyed below: