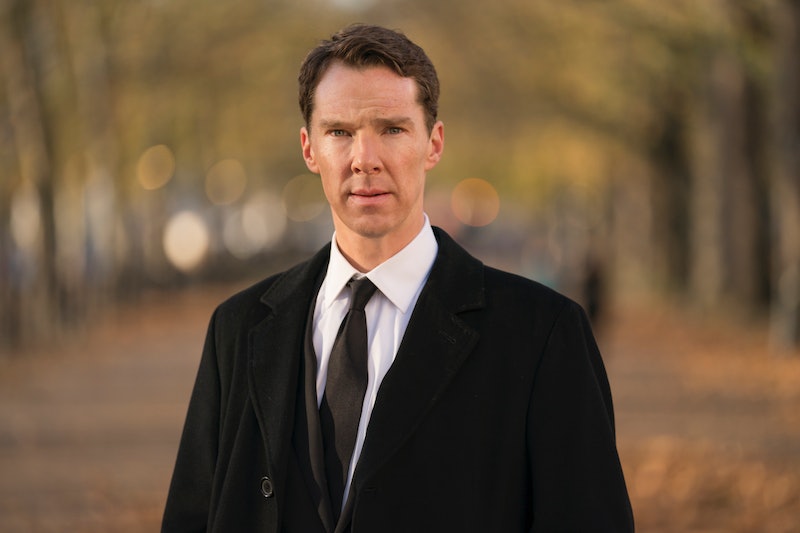 To say that Benedict Cumberbatch is in high demand would be an understatement. Whether he's showcasing his super-sleuthing skills as Sherlock or protecting the world's reality in the Marvel universe as Doctor Strange, this actor's schedule is packed pretty much all year round. So when he signs on for a project like Showtime's limited series Patrick Melrose, you can't help but wonder how long a gift like this will last. Will Patrick Melrose return for Season 2 following the show's June 9 finale, or was this always meant to only be a "one and done" type of deal? Unfortunately, for the time being, the latter option seems the most likely.

For one thing, Showtime itself has classified the series as a "five-part limited series." The key word there is limited, which could indicate that this particular show is not long for this world, as painful as that is to say. A limited series tends to tell a complete story arc from beginning to end, leaving everything pretty much resolved by the final episode. And since the first season of Patrick Melrose is based on the five novels of Edward St. Aubyn (with each episode covering a different book), it stands to reason that the end of the books signifies the end of the story.

Of course, there are always a few exceptions to that general rule. The Handmaid's Tale immediately comes to mind. Based on the dystopian novel by Margaret Atwood, the first season of the Hulu series came to an end exactly like how the book did. Many believed that would be the end of the story since anything else would go beyond the source material, and yet the show's high popularity and critical acclaim prompted the streaming platform to greenlight another season. In fact, it's already been renewed for a third season as well, according to Variety. So while it may not be common for a show to go beyond the book from which it's based, it's not completely out of the question either. Never say never.

However, there's still another important factor to consider, which could prove to be a dealbreaker for the entire thing. Cumberbatch is an A-list movie star, so it may be difficult to get him back for another season. His schedule may not allow it. (Just look at his jam-packed IMDB page if you don't believe me.) Dude is busy. Just think about how hard it is for him to squeeze in new episodes of Sherlock and that show has a much more intense fanbase than Patrick Melrose. That's not to say that he wouldn't be interested in diving deeper into this complex character, but the future of the show may depend on his work itinerary.

The one saving grace the series may have is the fact that Season 1 only consisted of a handful of episodes. Keeping that in mind, if Season 2 followed suit, it may not take too much time away from Cumberbatch's other projects. It's not a guarantee by any means, but it definitely offers a spark of hope.

And t's not as if Cumberbatch didn't love portraying this particular character. He told the Los Angeles Times in an interview how rewarding a challenging part like this really is. "An actor aches to be given as much to get their heads and bodies around as this role demands," Cumberbatch stated. "I felt so hard for this guy. I felt for him so much because of what he'd been through, but also, just this extraordinarily brilliant mind trapped in this situation." So it could prove to be somewhat easy to get in onboard for more episodes.

But for the time being, fans should treasure the five episodes they've been given — because these may be the only ones they ever get.