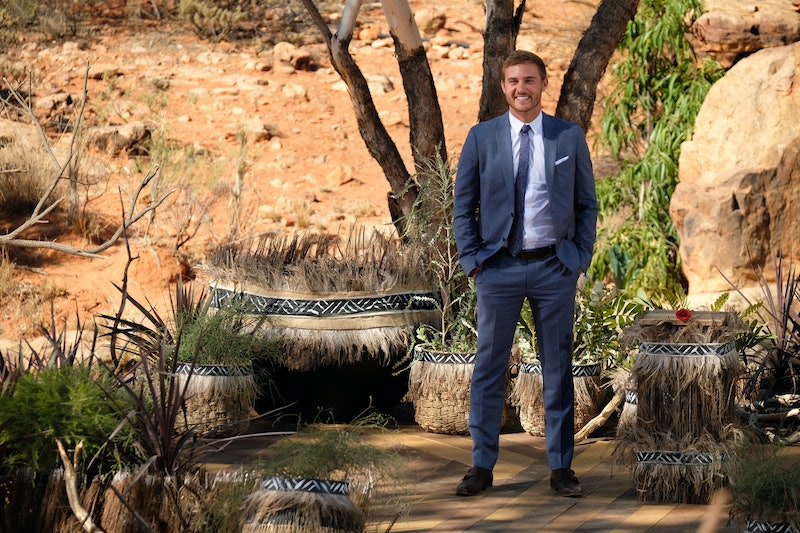 Peter Weber's journey to find love may be coming to a close this week, but the overall excitement of the season is still far from over. In fact, given the mystery surrounding the ending, some have started to speculate that Peter will propose to someone on After the Final Rose. Despite the fact that his final rose ceremony — where the engagement portion of the process usually happens — was supposed to have taken place months ago.

From the very beginning of the season, Peter has stated that his Bachelor season can't be spoiled — a bold claim for a series pretty much known for its spoilers, thanks to Reality Steve and a post-social media world. Yet so far, that statement has proven to be true. Over the past several months no one has been able to figure out how this pilot's journey will unfold. Sure, you could chock it up to stealthy production measures — or the lack of clarity in itself could serve as a clue. Perhaps the reason no one has been able to figure out Peter's ending because it has yet to play itself out.

During the Women Tell All special on Monday, March 2, Bachelor host Chris Harrison remarked that not even Peter knows how his season will end. What if that's because he intends to propose to one of his final two women during ATFR and he has no idea what the person will say? And, if he is going to propose on After the Final Rose, who will he ask to be his wife, Madison or Hannah Ann?

In an interesting turn of events, Reality Steve claims to have received brand new intel on how the final two episodes of the season will play out, though even if he remains murky on a few of the details. Warning: Bachelor spoilers ahead! Turn back now before it's too late!

According to Reality Steve, Peter will propose to Hannah Ann at the final rose ceremony after Madison decides to self-eliminate. However, he later has a change of heart and decides to call things off with Hannah in order to pursue Madison. Since then, Reality Steve claims Peter and Madison have supposedly been dating and working on building their relationship. And depending upon how solid they are at the time of the After the Final Rose special, the Bachelor blogger thinks there's a definite possibility that Peter could propose to Madison during the live taping. That has yet to be confirmed, of course, but it definitely makes the theory that a proposal will happen on ATFR seem all the more plausible.

On Saturday, March 7, ABC’s head of alternative programming, Rob Mills, added further fuel to the speculation fire while speaking to Variety, hinting that the season's ending is still up in the air. “I think there is probably one of two things that potentially can happen. I know the possibilities, but I don’t know the outcome," he stated. "Nobody knows, not even Peter."

More like this
Brianna Revealed Why 'The Bachelor' Premiere Was Tougher For Her Than You Saw On TV
By Brad Witter
Hannah Ann Got Engaged 3 Years After 'The Bachelor' & The Proposal Was Dreamy
By Grace Wehniainen
10 Photos Of The Wildest Limo Arrivals From 'The Bachelor' Premiere
By Brad Witter
Zach Reveals The Chaotic 30 Minutes That Were Cut From ‘The Bachelor’ Premiere
By Grace Wehniainen
Get Even More From Bustle — Sign Up For The Newsletter
From hair trends to relationship advice, our daily newsletter has everything you need to sound like a person who’s on TikTok, even if you aren’t.