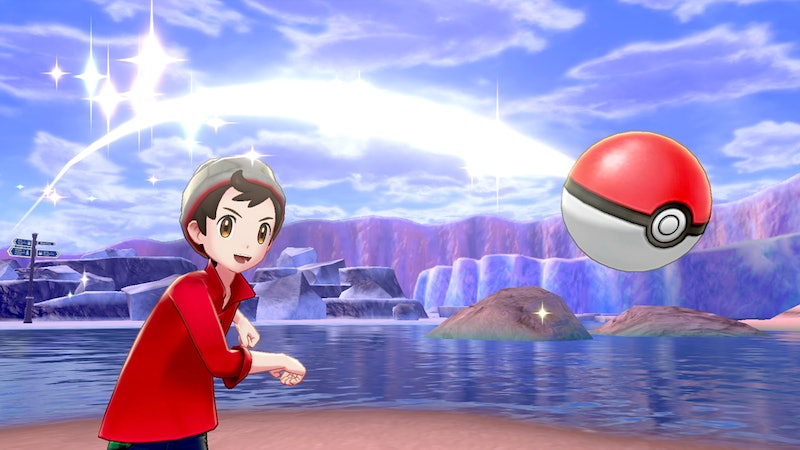 Despite the initial excitement surrounding Pokémon Sword and Shield when they were first announced, fans have begun to turn their backs on the franchise after it was revealed that players won't be able to catch 'em all for the first time in the series' history. In a last-ditch attempt to change the developers' minds, fans have made themselves pretty vocal on social media — with some even suggesting that the release should be pushed back, as Nintendo recently did with Animal Crossing: New Horizons. But will Pokémon Sword and Shield be delayed? And will the developers actually listen to fans of the game?

If you're not up to speed, here's what fans are very unhappy about. Basically, during Sword and Shield's gameplay demonstration at E3, producer Junichi Masuda revealed that a large portion of Pokémon will be cut from both games. This means that, once you've completed the game, the norm of completing the 'National Dex' (part of the Pokédex that records every Pokémon you encounter) won't be achievable. This will also affect those who want to transfer Pokémon from previous games and will limit choice when it comes to competitive battling.

The November release for Sword and Shield is pretty close, and a delay isn't looking very likely. In Animal Crossing's case, a delay was pretty feasible for Nintendo as there wasn't much else riding on a solid release date. But it hasn't come without cost — literally. As the Financial Times reports, the company have lost $1 billion in market value since announcing the delay during Nintendo's Direct at E3. Although, as independent video games analyst Serkan Toto told the newspaper, "Nintendo can afford to push one big title back," as it seems that the drop in revenue is primarily due to Nintendo not dropping any details about an updated Switch console.

It's a pretty safe bet that Pokémon will stick to its November release. Also, it's a franchise that branches off into a dozen other media avenues and heavily relies on them. As Joe Merrick, webmaster for Pokémon fansite Seriibi.net tweeted earlier last week, aspects of the franchise such as the anime series, the movies, the trading card game (TCG), and merchandise are probably well into production — and most likely nearing completion — at this point, all hanging on Sword and Shield's release.

And while Masuda did provide some more insight into the reasoning behind the decision to cut so many Pokémon from the game, it hasn't sat well with fans. According to Masuda, the reduction was made due to "the sheer number of Pokémon," as he explained to US Gamer. "[W]e're creating it with much higher fidelity with higher quality animations. But even more than that, it's coming down to the battle system. We're making sure we can keep everything balanced and give all the Pokémon that appear in the games a chance to shine."

Despite what was shown at E3 not being final game footage, fans noted that despite Masuda's reasoning, it doesn't seem much has been done to improve animations — most notably in battle — and that Game Freak should take a note from 1998's Pokémon Stadium for the Nintendo 64 in terms of giving Pokémon more personality.

On the surface, this all seems like a trivial thing to get aggravated about. But as Sword and Shield have been in development since 2016, from what has been shown, it doesn't seem that Game Freak are using the capabilities that the Switch provides to make these the best games they can be. Although, it looks like Nintendo are taking notice of fans complaints on social media, with a company rep reportedly replying to one fan that "[n]ow more than ever, developers, even if not directly, pay a lot of attention to the general consensus of the fan community on social media."

While it remains to be seen that anything will be changed, either before Sword and Shield's release or after in the form of a patch, it looks like the Pokémon community are definitely being heard.