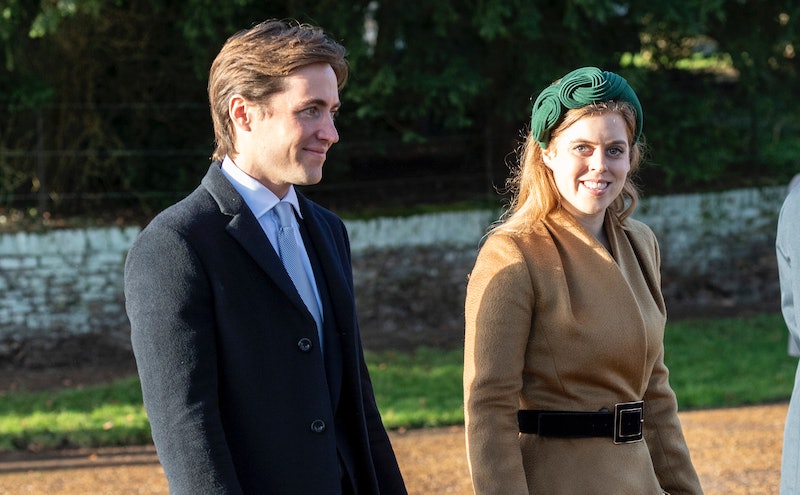 We've had a lot of royal weddings recently. There was Kate and William's back in 2011, Meghan and Harry's in 2018, and Princess Eugenie and Jack Brooksbank just a few months after. With another wedding just around the corner, the question still remains: will Princess Beatrice's wedding be on TV? There have been several rumours swirling around about the status of the wedding's TV showing, so what's actually going on?

Well, for fans hoping to keep up with the day's happenings, you may not be in luck this time round, as both of the major British TV networks that usually cover major events such as this have announced they will not be broadcasting Beatrice's wedding live.

It was announced last week that the BBC, who are first offered rights to royal weddings for free, will not be streaming it live, just as they did not show Eugenie's nuptials in 2018. This decision was therefore expected.

However, what was not anticipated was ITV's choice not to show the occasion. In 2018, they raked in three million viewers by broadcasting Eugenie's big day live, so it was possibly thought they may follow suit when it came to her sister Beatrice.

The channel has however now revealed they actually won't be showing Beatrice's wedding to Edoardo Mapelli Mozzi. In fact, they have said they "definitely won’t" be broadcasting it live, however they will be offering "news coverage of the wedding across our channels."

However, it sounds as though this decision may have been expected by the royal family, and that the couple were not planning on having a big wedding with plans to be televised anyway. A "family friend" reportedly told The Daily Mail "at no point was this [televising] an option," and added that the couple "have never had plans for a large wedding."

The same source also disputed the idea that this decision could be something to do with the recent Prince Andrew and Jeffrey Epstein scandal, and called the idea "plain wrong."

Buckingham Palace has not commented on the situation.

It remains unclear whether any other channel will pick the wedding up. We also don't have a solid venue or date yet for the wedding, but it is expected to be in May or June.