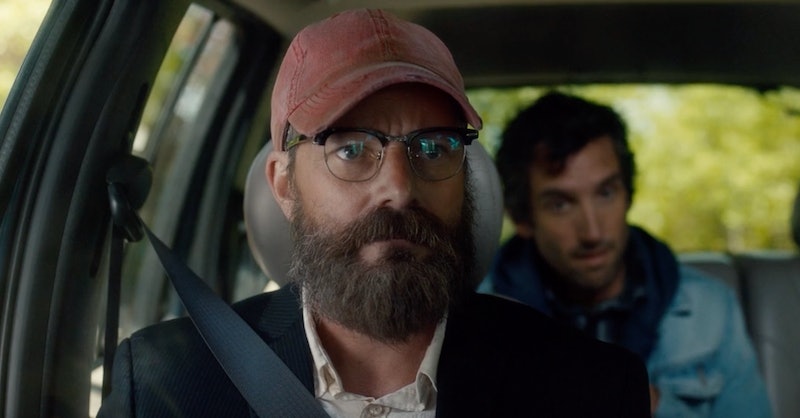 Described as the Amish Breaking Bad, Pure's second season wraps up on July 2. It could also be the end of the show for good, but it's possible it could rise again for more episodes. After all, the Canadian show wasn't even supposed to get a second season and here we are. And, if Pure returns for Season 3, the creative team has a plan for six more episodes already mapped out.

According to the WGN America synopsis, Pure is based on the real story of the mennonite mob. It follows pastor Noah Funk and his family dealing with a drug cartel. With a plot like that, it took the creator a long time to get the show picked up for even a first season. “I don’t think [a show like this] was even possible five years ago, because I tried back then," creator Michael Amo told The Star. "It wasn’t something on their radar." He credits shows like Fargo and True Detective for proving that a true crime limited series could work. "People are ready for these kinds of stories," he said.

Perhaps the audience was, but the show hit a snag with its network. After the first season, Canada's CBC cancelled the show in May 2017. It would be two years before Season 2 would make it to air. The Toronto City News reported that another network stepped in to save the day — Super Channel. Combined with American interest from the first season airing on Hulu and WGN America, the new network helped propel the show into a sophomore season.

“I thought this was six feet under, absolutely done,” Director Ken Girotti told City News. “And then, all of a sudden, somebody tells me it’s got a pulse." Executive Producer David MacLeod credited Pure's distributor Cineflix Studios for helping keep the series alive. "They just wouldn’t give up," MacLeod told City News. Amo added, "This series has always seemed star-crossed in its fortunes."

But those fortunes may run out before a third season can be produced. So far there is no word of a renewal, and the show's American viewing numbers are down. TV Series Finale reported that Season 2 is averaging 200,000 viewers on WGN America. That's 21 percent lower than its Season 1 numbers on the network.

Of course, the decision to renew doesn't lie solely with WGN. Perhaps Super Channel will commission more episodes and keep the series alive. If it does, Amo is ready with story ideas for six more episodes, according to City News. He hinted to the outlet that one story he wants to explore more is that of Noah’s son Isaac Funk. Amo said that, in Season 2, "You can see the burgeoning shoots of the badass he's going to have to be in season three."

Now fans just have to hope there will be a Season 3 to see that journey come to life in. And that hopefully it won't take another two years to hit viewers' TV screens.

More like this
The 'New Amsterdam' Series Finale Opens An “Unexpected” Door To The Future
By Brad Witter
'Breaking Bad' Duo Walt & Jesse Are Back — In This Super Bowl Commercial
By Jake Viswanath
Here’s Why Danny Masterson’s Hyde Isn’t In 'That '90s Show'
By Brad Witter
Netflix Shut Down 'Bridgerton' S3 Rumours About A “Very Dark” Storyline
By Bustle
Get Even More From Bustle — Sign Up For The Newsletter
From hair trends to relationship advice, our daily newsletter has everything you need to sound like a person who’s on TikTok, even if you aren’t.