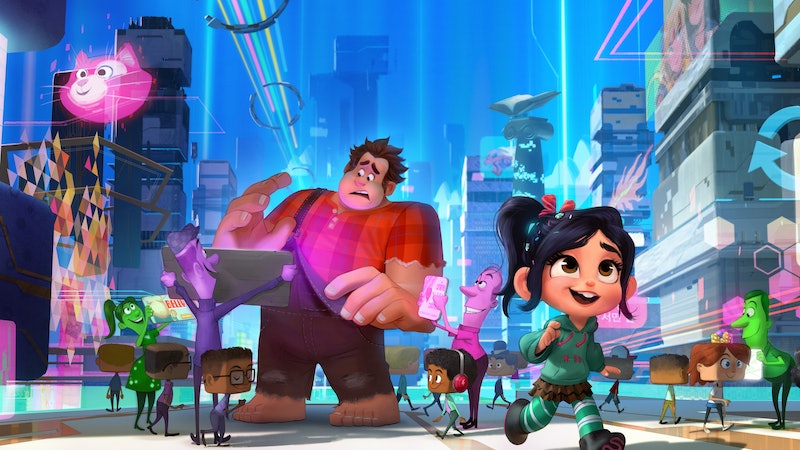 Disney dares a slight step out of the castle and into the overwhelming world of the internet with their latest animated feature, Ralph Breaks The Internet, out in theaters now. The video game villain who just wants to be liked and his friend, perky glitch Vanellope, are living the life they thought they wanted, but after the two try and "fix" Vanellope's game to be more interesting, they decide to wander into the strange new world just opened up to them with their arcade's WiFi update. It's an entirely new adventure looking towards the present, not the past, but will Ralph Breaks The Internet get a sequel looking towards the future? It honestly depends on whether the story (and money, this is Disney after all) is compelling enough.

Wreck-It Ralph directors Phil Johnston and Rich Moore hadn't spoken much about this sequel, until announcing its existence at a 2016 press conference. “From the moment we started working on the first Wreck-It Ralph, we knew there were so many possibilities with these characters,” Moore said, with Disney.com additionally noting Johnston had been working on the sequel script since shortly after the release of the first film.

Speaking with ComicBook.com, the filmmakers indicated hat neither sees a third film in the future... for now. "I mean, I don't know because I feel good about where [Ralph and Vanellope] are at," said Johnston. "The internet represents the sort of adult phase of their life. And I think Ralph at the end, has matured where he is comfortable in his skin and he will make friends and he and Vanellope will still hang out."

Of course, that didn't stop either Johnston or Moore from pitching ideas both silly (Moore suggesting "an animated Taken, where Ralph gets taken and we have to get Liam Neeson!") and possible (Johnston musing, "We did have this crazy idea that Ralph 3-D prints himself and comes into the real world somehow.")

Meanwhile, speaking with Toronto Sun, voice of Ralph, John C. Reilly, had his own idea: "Now that he and his pal Vanellope can get themselves into the Internet, why wouldn’t they beam themselves right out into space? Why wouldn’t they go to the Hubble telescope and break that?” Speaking a little more seriously, Reilly said that the idea of sequels don't normally hold any appeal for him. "I like doing original things and trying things I haven’t done before," he explained. But when it comes to the well-meaning aspiring hero, "Ralph Breaks the Internet was an exception because I just felt so close to the guy."

While Wreck-It Ralph was an homage to arcade and 8-bit video games, a nostalgia-fest for the way things were, Ralph Breaks The Internet brings the characters into the present, with all the problems and perks of megacorporations, the currency of clicks and likes, and having an unfathomable amount of information at your fingertips and instantly available. Though for now it's entirely speculation, why wouldn't a third Ralph film move things to the potential future, or the limits of space? Given the wild popularity of the first film and positive reviews rolling out for the second, a third film almost seems inevitable, especially with a world of cross-promotional possibilities still left untapped by Disney.