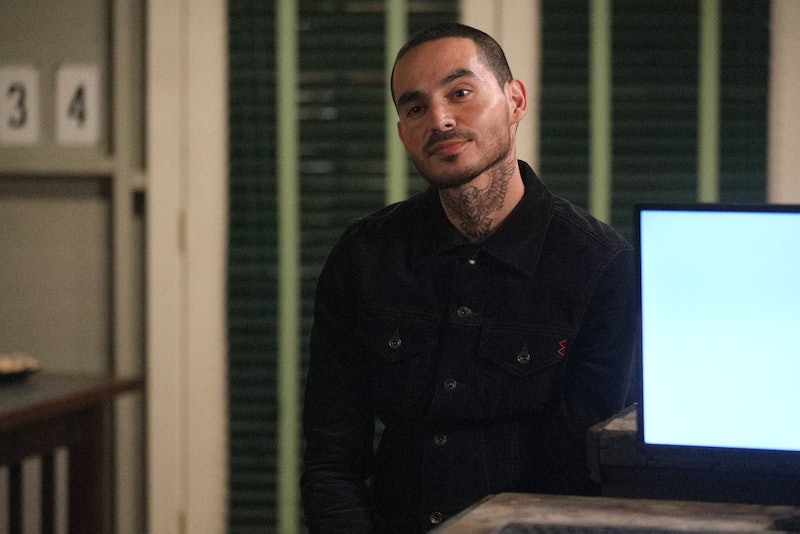 Spoilers ahead for Good Girls Season 3, Episode 9. Beth has been trying to kill Rio for the entirety of Good Girls Season 3, and in the April 19 episode, her plan seems to finally be coming together. She hires a legitimate hitman, who agrees to do the deed in a matter of days. But there are still plenty of ways things could go awry.

To start, the hitman costs $60,000 and Beth only has $30,000. If she can't raise the other half of the money, the hitman probably won't go through with the job. Or if he does, Beth will have yet another debt — and impatient collector — weighing over her head. It remains to be seen how Beth would even get the extra $30,000 without her cash washing business, as Rio is the head of that. No Rio means no cash is coming in for Beth to use to pay a hitman off.

But let's say Beth does get the money and Rio dies. That's not going to solve her problems anyway. She doesn't know it, but the FBI is getting dangerously close to figuring out that she's counterfeiting money. And without Rio to protect her from getting into trouble, she may actually go down for this. Plus, there's the fact that she's now touched the gun Rio's henchman used to kill Lucy. If Rio dies, his henchmen will probably just keep lording that evidence over Beth to keep her in business. Rio's associates all know where she lives and works and unless she kills them all too, they may just step in for Rio.

Based on the next two episode synopses, it doesn't seem like Rio actually gets murdered. The April 26 episode description says: "Beth begins to make moves towards the future just as a new member of law enforcement enters the women's orbit. A guilty Ruby goes too far trying to be a good person while Annie experiences self-doubt over her GED test."

Rio isn't mentioned, but the hitman is shown talking to Beth, and she doesn't look happy. Maybe he's telling her that he needs the rest of his money before he can help her out.

Then, the May 3 episode synopsis reads:

"Beth and Dean offer to buy Four Star Pool & Spa from Gayle and Dean is determined to make this a legitimate business. Tensions rise between Ruby and Stan and culminate in our trio making a drastic decision. Phoebe gets even closer to cracking the case when she gets her hands on Ruby's phone."

If Rio were going to die, it would likely be left to the season finale — and Season 2 already ended with that exact cliffhanger. It's unlikely the show would repeat the same story. For now, it's probably in Beth's best interest to just try to get along with Rio, because having him killed introduces more problems than it does solutions.