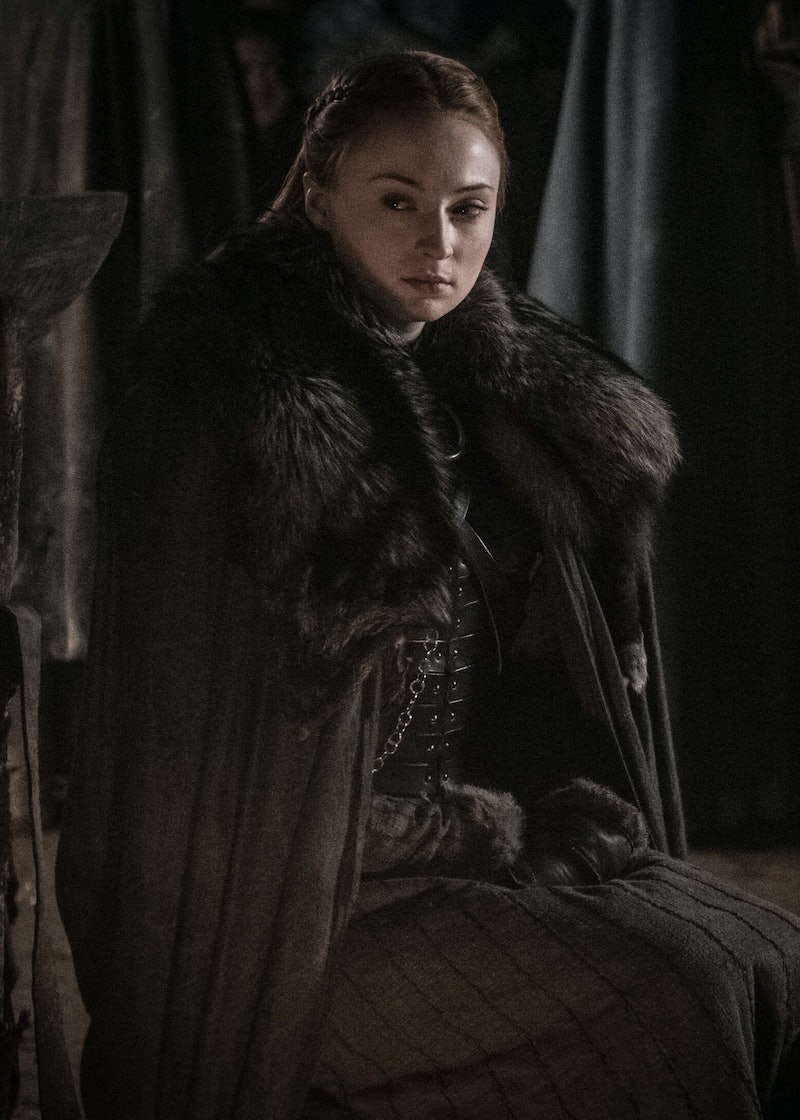 Everyone is talking about the crypts on Game of Thrones, and how the safest place in Winterfell probably won't be relaxing when the dead arrive and potentially arise. That puts a lot of essential and fan favorite characters in danger. And one major worry is that Sansa will die in the Battle of Winterfell. If she goes to the crypts, her safety is not guaranteed.

Nobody's survival is a guarantee, to be honest, either at this battle or in the final season of Game of Thrones in general. So there's really no way of knowing whether or not Sansa will make it though. However, as far as the stand against the Night King does, it's probably fair to say that Sansa will live through it.

Why? For one thing, think about what has been set up in the first two episodes of Season 8. While the Lady of Winterfell understands the necessity of taking down the Night King, this is not her fight. Her quarrel is with Cersei Lannister, and Daenerys Targaryen, and everything that comes after. She has too many diplomacy skills, connections, and opinions about how the North should be run to become collateral damage.

There's a lot of characters that fans would like to see take Queen Cersei down. You may want Arya to cross that name off of her list, or for Jaime and Cersei to die killing each other, or for Tyrion's reanimated corpse (his idea) to murder one last member of the Lannister family.

No matter who does the deed, Sansa deserves to be part of whatever happens. Cersei tormented her for the first half of the series, and this reunion is one that desperately needs to happen.

Then again, in the early seasons of Game of Thrones, "unfinished business" didn't stop a lot of characters from dying, particularly when it came to members of the Stark family. Ned was never able to reveal the truth about Jon Snow's mother, while Robb and Cat were never able to take the North back as revenge. Say what you will about whether or not those deaths were foreshadowed, but maybe unfinished business isn't enough to keep a person alive.

Anyone's guess is as good as any, to be quite honest. Take the clues in the pre-battle episode, for example. There are theories that "Jenny of Oldstones" means Sansa will win the Throne, as well as theories that Podrick's karaoke choice is foreshadowing Sansa's death in the crypts. Nobody knows anymore.

The last time Sansa was hiding underground during a potential siege, at the Battle of Blackwater, she discovered a plot to betray everyone down there. Shae convinces her to save herself rather than rallying the others, and after escaping to her room she is confronted by the Hound who offers to take her North with him. Of the many reunions so far in Season 8, Sansa and the Hound have not happened yet. If anything could be predicted for Sansa during the Battle of Winterfell, except it to reference Blackwater in some way.

It's easy to approach the final season thinking about who will die, and assuming its everyone... but some people are probably going to live. At least for now, Sansa is probably one of them. If she does die, Game of Thrones is pretty much screwed. She's learned so much over the past seven seasons, and the future of Westeros is doomed without her.