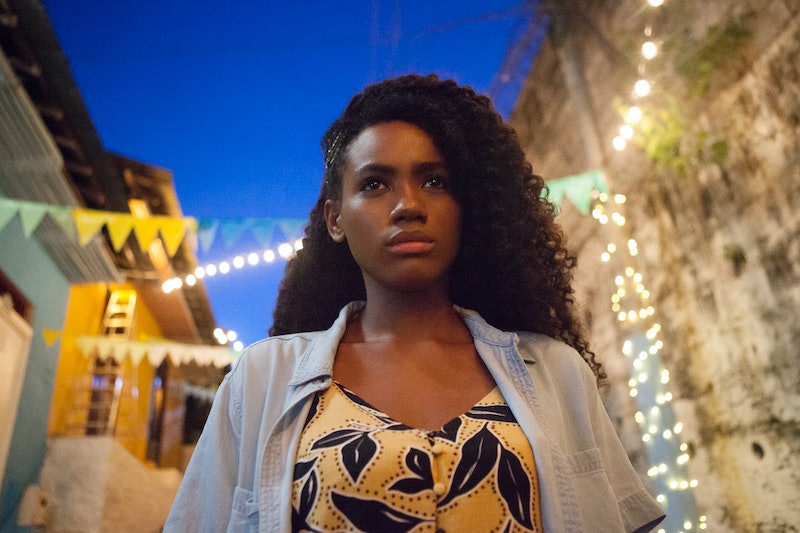 What happens when you combine witchcraft, time-travel, and love? The result is Siempre Bruja, an upcoming Netflix series slated to drop on Feb. 1. The streaming service has been steadily expanding their foreign language catalog with stories that provide the inclusion that fans crave with a story about one witch’s journey to an alternate time. As expected, the entire first season will be available for binging but will Siempre Bruja return for Season 2? There’s no word about future seasons, but perhaps there will be more stories by popular demand.

According to Remezcla, Siempre Bruja stars Angely Gaviria as Carmen, an Afro-Colombian 17th century witch who time travels to present day Cartagena to avoid being burned at the stake. She leaves her controversial relationship with Cristobál, a White man, behind and tries to adjust to a new world where people don’t believe in witches.

Carmen swears to the wizard who helped to save her life that she will not use her powers again, but this promise proves to be difficult. After all, there wouldn’t be a show if she never used her powers nor tried to figure out a way to reconnect with Cristobál, right?

The series is actually based on Isidora Chacon's 2015 novel Yo, Bruja, and will feature 10 episodes, per Netflix. The English title, Always A Witch, is used for American Netflix users but the story is still the same. Siempre Bruja’s Spanish-language trailer is a rich, colorful peek into Carmen’s journey to defeat a nemesis and protect her lover. The trailer starts with Carmen nearly burning at the stake until she appears on a beach. She’s obviously horrified by cars zipping by and doesn’t understand apps nor current currency.

Her new friends notice that she’s a bit weird, but things really get strange when one person catches her levitating in her sleep. She presumably explains her complicated history. Carmen finds a mysterious fellow witch to help her get back to Cristobál but she’s also warned about a dark force. “Be careful,” said the woman. “Lucien smells a witch’s power from a distance. He’ll turn you to ashes, as he’s done with many of us.”

The young witch later admits that she doesn’t know how to fully control her powers, but she’s willing to fight for her freedom and love. The clip ends with Carmen and two friends standing over a fire as they prepare to perform a ritual. It's a perfect blend of culture, humor, and intrigue that will reel in curious Netflix watchers.

Siempre Bruja shows wonderful representation not only onscreen, but in other creative areas of the show with Maria Cervera as a development executive alongside producer Juliana Barrera, per IMBD. Gaviria, who is from Cartagena, spoke to El Pais and said the series is about optimism, empowerment, and love. She believes this type of role could open more doors for series featuring Afro-Colombian actors in a wide variety of genres. Hopefully, she will get a chance to continue to develop this character further in additional seasons.

It remains to be seen if there will be a Siempre Bruja Season 2, but fans of fantasy, time-travel, love, and witchcraft can get their initial fix of this unique story at least.