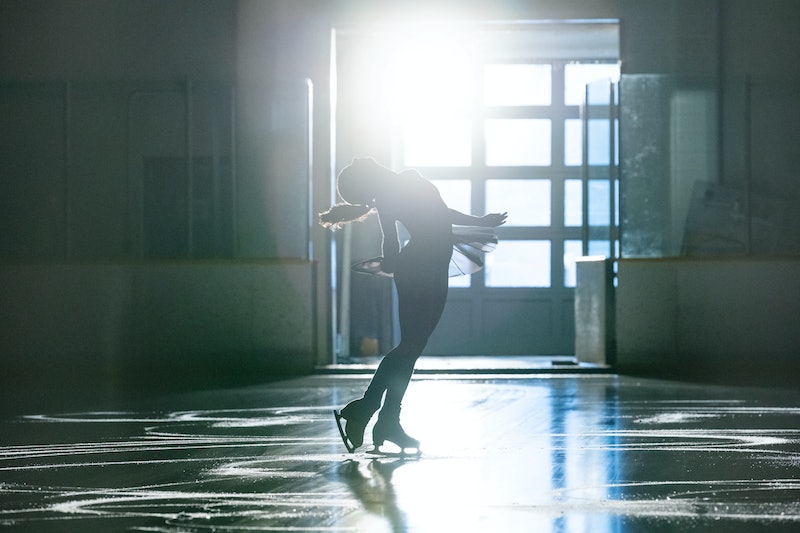 As much as we all love our marathon-worthy Netflix series, it's sometimes difficult to know how long of a run they'll have on the streaming platform. So while Netflix's newest series Spinning Out could return for a second season, it's by no means a guaranteed thing. As it stands now, the show has yet to be picked up for another installment, though there's still plenty of time for it to happen, especially if it proves to be popular among Netflix subscribers. If not, it could go on to share the same fate as many other one and done projects like Everything Sucks! and Girlboss.

Given all the uncertainty surrounding the series — which centers around an elite figure skater named Kat Baker (Kaya Scodelario) who struggles to get back on the ice after suffering from a serious fall — fans will simply have to enjoy all 10 episodes of the first season as much as they can with the knowledge that maybe it won't return for another season. Until Netflix gives it the go ahead, it's all up in the air. But if you're still looking for another good drama about the figure skating world, here are a few other things you might want to stream.

The infamous attack on Nancy Kerrigan that took place back in 1994 will forever be a prominent part of figure skating history. It also greatly impacted Tonya Harding, a fellow figure skater of Kerrigan's, who was accused of being involved in the horrific event, though she denied knowing anything about it. I, Tonya provides an in depth look at Harding's life, both before and after the attack, and how it went on to impact the rest of her life.

Will Ferrell and Jon Heder bring their comedic talents to the ice in this film, playing Olympic ice skaters who are stripped from their gold medals and banned from competing in the men's single category. So they do the only logical thing — they find a loophole by opting to compete as a pairs team, which leads to some hilarious results, both on and off the ice.

This 2005 film stars Michelle Trachtenberg as Casey whose life is all laid out for her. She's even on the track to go to Harvard just like her mother. The only problem is that she'd much rather pursue her dream to become a champion figure skater.

So whatever fate befalls Spinning Out, there's plenty of figure skating content out there to turn to once it's over.