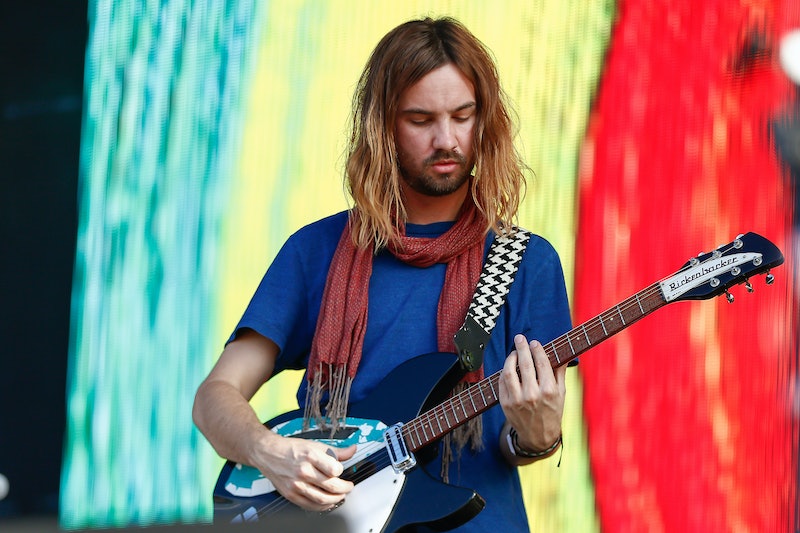 In my opinion, Tame Impala have been one of the most influential bands in indie music for the better part of the past decade. Their kaleidoscope vision of psychedelic rock, woozy vocals, and pump up dance-pop has paved the way for a flurry of new bands who stand in the shadows of Tame Impala's influence. So it goes without saying that, if you ever get the chance to see this monumental band live, then you should grab it with both hans. With a colour show to rival Coldplay's, it's time to ask: will Tame Impala tour the UK in 2019?

Tame Impala have now soundtracked many a summer, but it's been a little while since we've heard from them (four years, to be exact, when they released their third album Currents). However, things seems to be changing, as it looks like Kevin Parker and his Aussie boys are coming back — tour, album, and all.

As NME reported on April 8, Tame Impala announced a handful of tour dates in the UK for 2019, with tickets going on sale a few days later. Luckily, you can still nab some so long as you get a move on. So, head to the band's official site to get yours.

While their shows at Empress Ballroom in Blackpool, and Dublin's 3Arena sold out very swiftly, tickets are still available for their huge show at the O2 Arena in London on Saturday, June 8. That means you might want to cancel your weekend plans and whack out the credit card real quick as, according to Ticket Master, there are barely any seats remaining. And while they aren't the best seats in the house, they're going for a reasonable £43 on the site.

If you have weekend plans that you can't get out of, but are lucky enough to be attending Glasto this year, then you should really make sure to prioritise their set over any clashes when they play the Other Stage on the Friday night of the festival, according to The Guardian's stage times. But, unfortunately, if you weren't lucky enough to win the Glasto lotto this time around, then you won't get to see them at any other festivals across the country this summer, as their Glasto set is a UK exclusive.

While the band has released a couple of singles on what's thought to be an upcoming album, we don't know any details. But an album definitely does exist. Somewhere. When Parker appeared on the Beats 1 show with Matt Wilkinson back in July 23, 2018, as NME reported, he told presenter that he'd be "very disappointed" if Tame Impala's fourth album wasn't released in time for summer 2019.

If the frontman's sticking to his word, that means the album could drop at any moment. Since a date has yet to be announced, as of writing, you might even want to keep yourself poised for a surprise album release. I wouldn't put it past these boys to make such a bold move. What they really need to do now is let it happen.