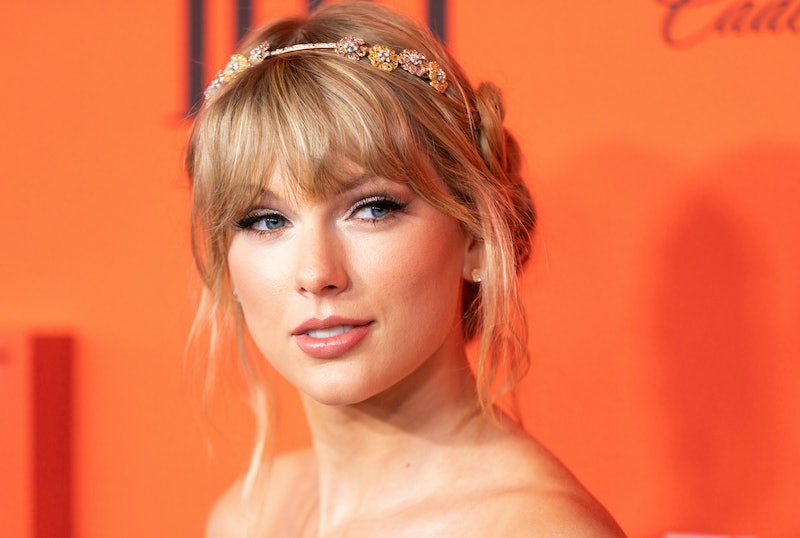 Get ready Swifties, because Taylor is coming back. Yes, nearly two years after the release of her 2017 album Reputation, the singer is making her highly-anticipated return to music. Speculation surrounding potential new music first emerged earlier this year after some cryptic social media activity from the singer, and sure enough, on Friday Swift dropped a brand spanking new single. Her next album is also expected to be released soon after, which means fans can start prepping for her next world tour. But will Taylor Swift tour the UK in 2020?

As we're still waiting for the release of her next album, news of any future Taylor Swift tour dates are being kept firmly under-wraps. I have reached out to her representatives for comment, and I'll update with any new information once it becomes available. However, it's likely that Swift will tour this album globally, as she did her last, which means UK dates! And based on the timing of the Reputation album, the tour is likely to kick off no earlier than the end of 2019/start of 2020.

That album dropped a few months after its first single "Look What You Made Me Do" was released in August 2017, and the global tour ran from May-November 2018. Going by that same spacing, if there's a new album on the way, which seems very likely, fans can expect its full release this summer, and a tour to kick off at the end of 2019/start of 2020. Just keep your eyes peeled for confirmation.

As fans sit patiently for the announcement of Swift's next tour, there's still a lot to look forward to, and the excitement leading up to the release of her new single "Me!" has been building for quite some time. As reported by the Express, the "Look What You Made Me Do" singer began to slowly transform her Instagram account back in February, with a string of new pastel-coloured snaps. Many of the images were accompanied with the caption '4.26,' which all but confirmed new music was to be released on Friday, April 26.

Swift's assumed upcoming album will be her seventh studio release, and although no details have been confirmed by the 29 year-old, the record will be her first to be released under her new deal with Republic Records and Universal Music Group.

According to Rolling Stone, Swift's new record deal marks her first label change since signing with Big Machine Records at just 15 years-old. The singer announced her new partnership with Republic Records and Universal Music Group in late 2018, and shared the news in an instagram post in which she posed alongside Universal Music Group Chairman, Sir Lucian Grainge, and Republic Records co-founder, Monte Lipman. In an accompanying caption, Swift said, "Over the years, Sir Lucian Grainge and Monte Lipman have been such incredible partners. It’s so thrilling to me that they, and the UMG team, will be my label family moving forward."

Prior to the release of her new single "Me!", details about Swift's next music era, the details were pretty scarce, however in an interview with TIME, the "Ready For It" singer revealed some of her biggest inspirations — which could perhaps provide insight into what fans can expect from her upcoming album.

Speaking to the publication, Swift revealed that she is inspired by the social media platform Tumblr, which she described as being a "window into what my fans are going through." And that totally makes sense, as her recent Instagram aesthetic certainly has a Tumblr feel to it. The singer also stated that the Beatles legend, Sir Paul McCartney, is a source inspiration. She said, "I look at Paul McCartney and I see how he’s had just this amazing career — he’s created unparalleled art. He’s always been known to be kind to people, respectful and also really selfless as a performer."