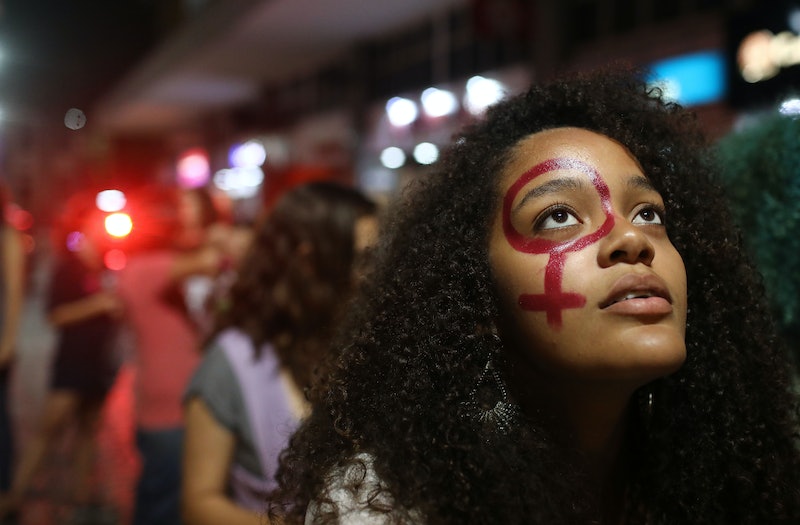 On Tuesday, Oct. 3, the House of Representatives passed a bill that would ban abortions after 20 weeks of pregnancy. The bill makes exceptions in cases of rape, incest, or in situations where the mother's life is in danger, and would not penalize women for seeking the procedure. However, the bill does allow for fines and/or up to 5 years of imprisonment for doctors who perform abortions after the cut-off. The good news is that while the bill easily passed in the House, the Senate likely won't pass the 20-week abortion ban.

The bill, dubbed the "Pain-Capable Unborn Child Protection Act," chooses the 20-week mark because that is when its proponents believe that a fetus can register pain. Scientists dispute these claims though. Sara G. Miller at Live Science reported in May 2016 that many doctors believe pain isn't felt until the third trimester, which begins around the 27th week of pregnancy.

It's true, as Miller reported, that "doctors can't objectively measure pain" and that everyone experiences the sensation differently. However, doctors believe that the nervous system, which essentially allows for humans to register pain, doesn't develop until later on in pregnancy, during the third trimester.

In any case, the bill is not expected to make it past the Senate because, while Republicans have a majority, there are only 52 of them. They would need 60 votes in favor to send the bill to the White House, and Democrats can generally be relied on to vote pro-choice. As the Associated Press tweeted, the "bill faces certain defeat."

The White House has already said that the administration supports the bill and that advisors would urge President Trump to sign it if it made it to his desk.

"The Administration strongly supports H.R. 36, the Pain-Capable Unborn Child Protection Act, and applauds the House of Representatives for continuing its efforts to secure critical pro-life protections," the Office of Management and Budget (OMB) said in a statement on Monday.

"The bill, if enacted into law, would help to facilitate the culture of life to which our Nation aspires," the OMB goes on to explain. They further claim that fetuses can feel pain at the 20-week mark, and argue that only 7 out of 198 countries allow women to choose to have abortions while that far along.

But while analysts seem confident that the bill will not make it any further, it's important to remember that Democrats have been debating, since the end of July, whether being pro-choice should be a requirement for those in the party seeking office. The debate itself is contentious, but the party is understood to be dead-set on gaining more seats in congress when the 2018 election rolls around. Some Democrats believe that, in order to fill seats, they should fund would-be Democratic hopefuls even if the candidate in question is anti-choice.

Roe v. Wade has been law in the United States for 44 years, but abortion access is, unfortunately, not a given. While it is federally legalized, many states have imposed rules around access, with some requiring counseling sessions, and even more requiring waiting periods. Pro-choice voters must continue to advocate for their rights.

As of a report issued on Oct. 1, 17 states already ban abortion at 20 weeks, according to the Guttmacher Institute. And these laws are in place even though, according to Planned Parenthood, 99 percent of abortions occur before 21 weeks.

The bill may only affect one percent of women seeking an abortion, but complacency can set in over time. If the Republican party platform explicitly states that the party "is proud to stand up for the rights of the unborn," it is impossible where they would draw a line if given even an incremental victory.