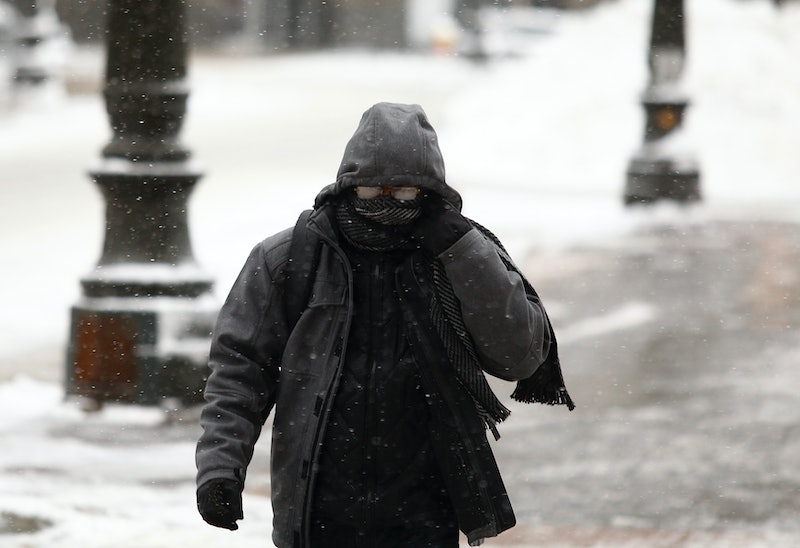 By now, you have probably heard about the cold snap meteorologists say is engulfing major parts of the Midwest and Northeast. It's expected to carry on until Thursday evening, with temperatures in several states plunging dangerously below zero. So it's no surprise that this polar vortex is also affecting flights across the country.

As a result of the daunting polar vortex, Winter Storm Jayden has caused more than 1,300 flight cancellations. Airlines are taking these decisions presumably for safety reasons. Given the heavy snow and frigid winds, weather experts have advised people to avoid traveling until the cold snap is over.

Airlines like Southwest, Delta, United, Alaska, JetBlue, and others have both canceled and delayed dozens of flights, affecting travel plans for thousands of people, according to FlightAware. It's not just domestic flights that have been impacted; the polar vortex has caused various serious delays and cancellations for international flights as well.

The polar vortex refers to a weather system that carries multiple intense, freezing winds originating in the Arctic region, according to CNN weather experts Brandon Miller and Judson Jones.

The meteorologists explained that the polar vortex typically stays close to its northern home. But if a distortion takes place, as it did for this particular vortex, its direction dips toward the south. In America's case, the distortion in the polar vortex led to it affecting Midwestern and Northeastern regions, according to Miller and Jones.

Though they're not typical for this part of the world, the polar vortex is not an unfamiliar phenomenon here. In 2014, another one hit North America.

Whether by land or air, traveling in such weather can be extremely dangerous. AccuWeather's senior meteorologist Kristina Pydynowski wrote that due to the temperatures falling below zero, there could be a chance that people and animals could develop hypothermia or frostbite.

"While the core of the cold is expected to grip the Midwest, temperatures can also be held 10 to 20 degrees below normal to end January southward to northern Florida. The leading edge of the cold can be accompanied by snow and a rapid freeze-up in parts of the South," Pydynowski wrote.

In addition to being careful about traveling, keeping an eye on your flight schedule, and other steps, people in the way of the polar vortex should consider practicing a few more tips to get through this freezing spell without harm.

One of those tips involves buying or creating your own winter survival kit. Items in this kit range from warm blankets, emergency fuel, a toolkit to flashlights, a first aid kit, an ice scraper, and more.

Winter survival kits prove to be immensely useful in unpredictable scenarios. It's worth keeping one in your car if you're traveling or at your home if you plan to stay inside (which meteorologists insist you should).

Plus, if you have pets, keep them inside. If you're worried about your water pipes freezing in such weather, consider learning how to thaw them safely. And remember that while these winter woes are intense at the moment, they aren't permanent.