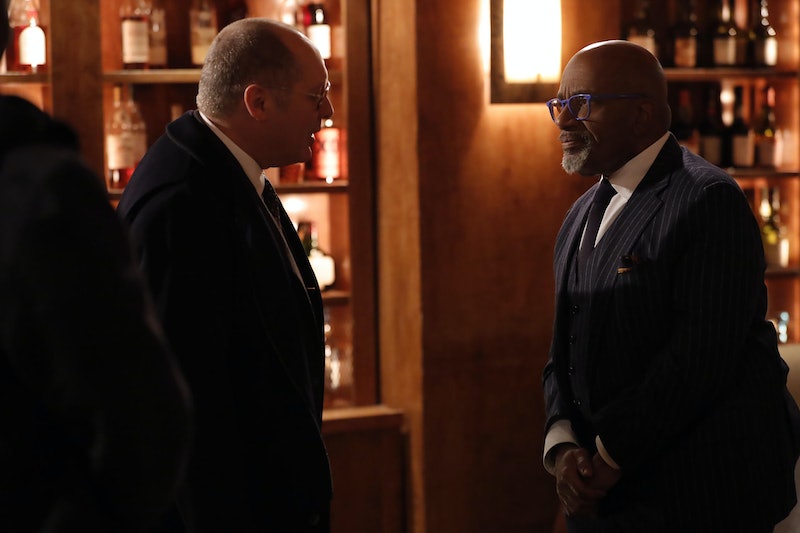 Fans of The Blacklist know its season finales are big deals, with twists and surprises setting up the plot for the next season. (There are probably some viewers who are still reeling from Season 6's literally last-minute Katarina Rostova syringe reveal.) So with the end of Season 7 on the horizon, fans are already wondering will The Blacklist return for Season 8?

Happily that's one mystery Blacklist fans have already solved. Timed to celebrate the show's 150th episode, the spy drama got an early renewal announcement from NBC in February 2020. Blacklist's studio, Sony Pictures Television, spent the months leading up to the announcement making new deals with all cast members whose contracts were ending, including show stars James Spader (Raymond Reddington) and Megan Boone (Elizabeth Keene), according to Deadline.

In other good news, Actress Laura Sohn — who joined Blacklist this season as newly graduated FBI agent Alina Park — will also have a bigger role in Season 8, TV Line reports. NBC upgraded her status from guest star to series regular, meaning fans will learn more about Park's dark past, which viewers got a taste of this season.

Like many shows, production on Blacklist was halted due to effects of the coronavirus. The show was shutdown in the middle of filming its 19th episode out of what was intended to be a 22 episode long season. The show's half-filmed 19th episode, "The Kazanijan Brothers," will now be the Season 7 finale. And to complement the live action footage that was captured, the rest of the episode will use graphic-novel style animation with audio recorded remotely by cast member to fill in the story.

“The show is sort of a graphic novel to begin with,” showrunner John Eisendrath told the New York Times, who called upon his brother-in-law create 20 minute worth of animated action for the episode. “It has a larger-than-life antihero and Gotham-style side villains. Why not try to animate it?”

More like this
Nicola Coughlan Shared A Lady Whistledown Excerpt From ‘Bridgerton’ Season 3
By Grace Wehniainen, Alyssa Lapid and Sam Ramsden
UK Viewers Will Have To Wait To Watch The Handmaid’s Tale S5
By Maxine Harrison
A New 'And Just Like That' Table Read Pic Confirms A Key Character's Return
By Jack Irvin and Grace Wehniainen
The ‘Kevin Can F**k Himself’ Season 2 Finale Twist Is A Full Circle Moment
By Grace Wehniainen
Get Even More From Bustle — Sign Up For The Newsletter