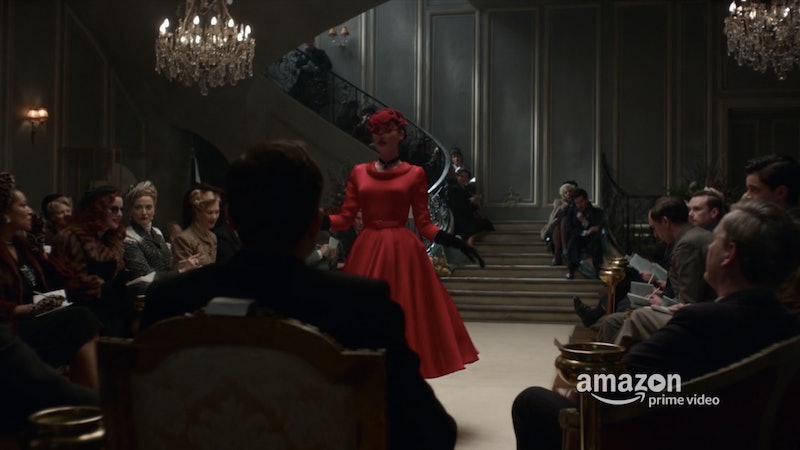 If you're looking for another gripping period drama to replace the void left by Mad Men after it finished up its run on AMC in 2015 (I have personally been searching since then), this new series may do just that. The Collection premieres on Amazon on Friday, Feb. 10, and it follows two brothers on their quest to build up their fashion house and help resuscitate Paris after World War II. This series seems to have everything you could ever want out of a period drama: exceptional acting, breathtaking scenes, and gorgeous costumes. So will The Collection return for Season 2?

Unfortunately, it's unclear if The Collection will live to see another season or if it's going out of style. It appears that Amazon has yet to officially announce whether or not the series will be returning for Season 2, which isn't uncommon for a show that hasn't even premiered yet.

Working in The Collection's favor is the fact that it has already gotten some positive buzz from American as well as British media in anticipation of the series premiere for the U.K.'s Amazon Prime members last September. The Collection has received its fair share of lukewarm reviews too, but overall, the series seems to have the premise and the visuals to keep audiences intrigued for a long time.

We'll have to wait until we receive official word about the fate of The Collection from Amazon before we allow ourselves to get excited about a Season 2 or even start speculating about when a second season could bow. But if you're looking for some stylish programming to stream in the meantime, you should look no further than these sartorial series.