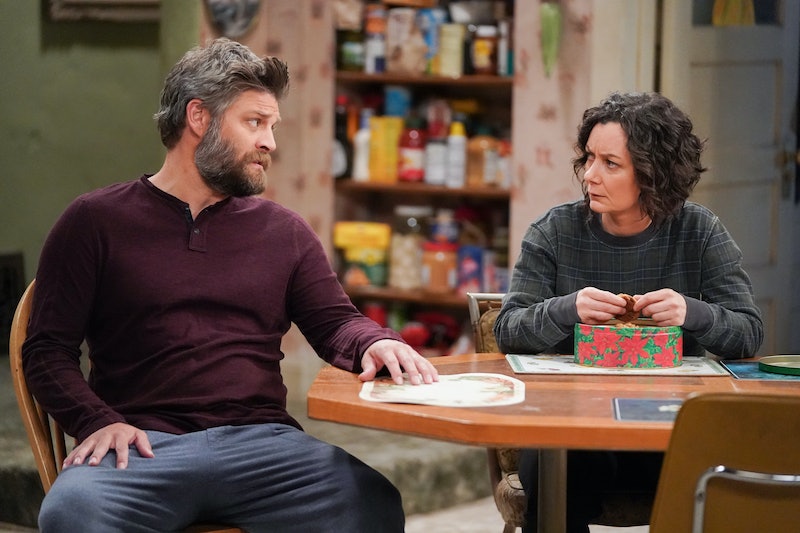 Update: The Conners has been renewed for Season 3.

Earlier: The Conners are no strangers to overcoming obstacles. From losing their matriarch to potentially having to give up their home, the family has faced its fair share of hurdles. And with Season 2 coming to an end, fans will be forced to confront an uncertain future. Though The Conners has not yet been renewed for Season 3, that doesn't mean a cancellation is inevitable. In fact, the cast members have already taken steps to help ensure the continuation of the series.

Deadline reported in April that actors Sara Gilbert, John Goodman, Laurie Metcalf, and Lecy Goranson have all closed new deals with ABC in order to return for a 19-episode third season. Further steps need to be taken by the network in order to make the pickup official, but it definitely bodes well that updated contracts are already in place. Then there's the fact that The Conners' executive producer Tom Werner has seemed optimistic about the series' prospects in the past.

“We are very pleased with how the show is doing, and my hope is that — I’m confident that the network will pick up the show for another year, hopeful anyway,” Werner told Deadline in January. “My sense is that there is a lot of enthusiasm about what we are doing.”

For their part, ABC has echoed that enthusiasm about the overall success of The Conners and the various ways the show has managed to stand out throughout the second season — particularly when it came to conducting a live show on the night of the New Hampshire primary.

“They are just in a groove,” ABC Entertainment President Karey Burke told Deadline. “When I took this job, I was told, ‘Well, you probably have one season with The Conners.‘ I think because they have fun and the show does so well, they keep wanting to do more. We will do The Conners as long as they do more episodes.” But just in case those remarks don't drive the point home enough, Burke added: “We would be crazy not to renew The Conners. It performs incredibly well for us, it’s our second highest rated show, neck-and-neck with Modern Family. We expect it would be back for another season.”

Based on comments like that, a renewal is all but guaranteed.

More like this
'The Queen’s Gambit' Season 2 Tweet Wasn’t From Anya Taylor-Joy
By Mary Kate McGrath, Jack Irvin and Grace Wehniainen
The 'Freeridge' Cast Shared Their Hopes For A Potential Season 2
By Grace Wehniainen
Netflix Shut Down 'Bridgerton' S3 Rumours About A “Very Dark” Storyline
By Bustle
'Bridgerton' S3 Will Show A *Very* Different Side To Kanthony
By Sam Ramsden
Get Even More From Bustle — Sign Up For The Newsletter
From hair trends to relationship advice, our daily newsletter has everything you need to sound like a person who’s on TikTok, even if you aren’t.