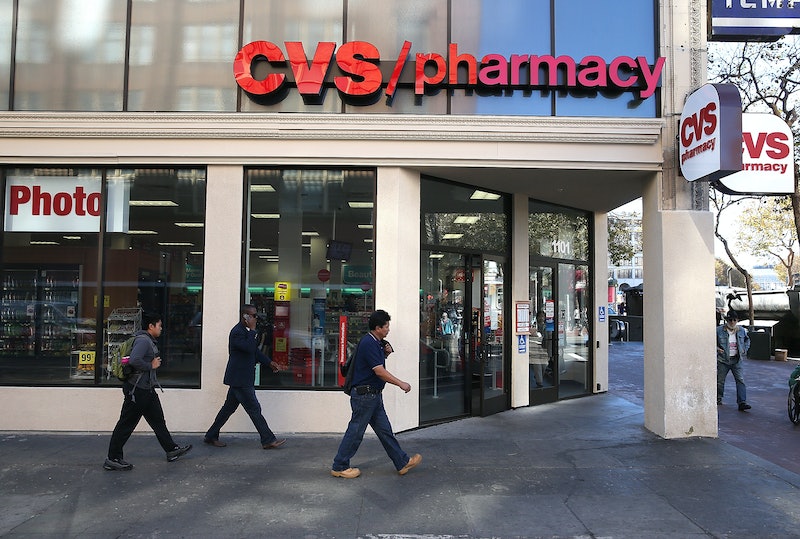 On Sunday, the pharmacy giant CVS announced that it intends to merge with the health insurance company, Aetna. If approved by anti-trust regulators, the merger would constitute the biggest health insurance deal in history. However, along with news of this announcement, many Americans are likely wondering how the CVS-Aetna merger will affect them. Interestingly, experts seem split on the matter: some believe that the merger could save consumers money and improve health care, though others caution against getting overly-optimistic about the health industry union.

In addition to running retail pharmacy stores across the United States, CVS also serves as a pharmacy benefits manager, which negotiates drug prices between manufacturers of drugs and consumers who purchase them. According to Fox Business, many experts believe that CVS' role as a pharmacy benefits manager could potentially help drive down the cost of drugs for consumers should the merger come to fruition.

As Joseph Agnese, a senior analyst with an investment research firm, CFRA., explained to USA Today, the merger could reduce drug costs because it vastly increases CVS' stature and power in the health care marketplace. As Agnese put it, "the more [CVS] is purchasing, the better the deals they'll be able to get [from drug companies]."

Laurence Baker, the chair of the Department of Health Research and Policy at Stanford University Medical School, echoed similar sentiments.

A linked Aetna-CVS could presumably better manage the cost of prescription drugs, driving utilization toward better value products and getting a better deal on pharmaceuticals.

Amanda Starc, an associate professor of strategy at Northwestern's Kellogg School of Management, told NPR back in October — when the merger was a possibility but not yet announced — that she agrees that the merger will likely allow CVS to lower drug prices by negotiating better rates because of its increased stature in the health care market. However, she cautioned that the company will not necessarily pass on the savings from these lower drug prices to consumers. Instead, CVS could choose to simply increase its profits as a result of these savings, but charge consumers similar prices for the drugs.

Experts seem equally split over how the potential merger could affect health insurance costs. Fox Business reported that since the merger is a vertical one (one that is of two relatively non-competitive companies), it should likely not affect costs for those who are already insured thought Aetna, except possibly through reducing drug costs. However, as the Los Angeles Times reported, others experts warn that no one really knows how exactly the merger will affect insurance rates, with some fearing that the merger could have similar effects to those of previous telecom mergers, which did not result in cost savings to consumers.

While experts are split over how consumers' costs will be affected by the potential merger, they do seem to agree that the integration of the pharmacy and health insurance industries could transform American health care in unprecedented ways.

As The Washington Post reported, because of increased ease of access and potentially decreased costs, doctors and patients may be more successful at preventative care and proactive treatment. That is, if the merger occurs, pharmacists could work directly with nurses to make sure patients are taking their medicine and filling their prescriptions, possibly preventing some hospitalizations (shockingly, thousands of Americans are hospitalized every year due to unfilled prescriptions and/or untaken medication). Moreover, if the merger happens, CVS stores will likely expand to offer more preventative services, like nutrition, vision, and hearing services. These offerings could increase patient wellness and diminish emergency room visits.

However, the Post also pointed out that some experts worry about the implications of the merger, since it would decrease competition in the health care industry. As David Balto, a former policy director at the Federal Trade Commission, told the paper, increased centralization of services could mean longer wait times and more hassle for consumers.

For those people who have spent endless hours in long lines at CVS stores, trying to figure out how to meditate while standing, this merger is bad news. It means, increasingly, they're going to be forced into those long lines.

The CVS-Aetna merger is not yet approved. It has to be cleared by federal antitrust regulators first, though many believe it is likely to receive this clearance. It certainly seems as though the implications of the merger could be widespread and far-reaching, though whether or not they actually benefit consumers remains to be seen.

More like this
Michigan’s Governor Is “Going To Fight Like Hell” To Protect Abortion Access
By Andrea Zelinski
What Dreams About Being Lost Mean, According To Experts
By Carolyn Steber
What Is Barack Obama’s Net Worth? He Makes *Way* More Now As An Ex-President
By Hugh McIntyre
10 Times Diana & Meghan Spoke Similarly On The Royal Family
By Sophie McEvoy
Get Even More From Bustle — Sign Up For The Newsletter