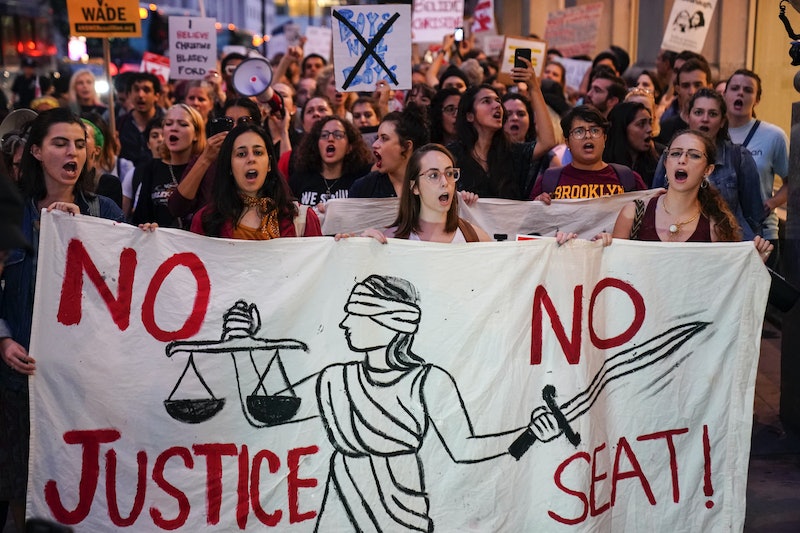 As the public waits for the FBI to finish its limited investigation into the sexual misconduct allegations against Trump's Supreme Court pick, the Senate frets over another impending issue. Congressional leadership is currently torn on whether the FBI's report on Brett Kavanaugh should be released to the public, CNN reported.

As of Tuesday night, the FBI had not wrapped up its investigation into Kavanaugh and the sexual assault claims against him. Kavanaugh has categorically denied all allegations and said as much in a fervid hearing last Thursday. The deeper background check was authorized one day later with a one week deadline.

Now, according to CNN, a number of Republican senators are calling for the FBI's report to be publicly released, convinced that the findings will absolve Kavanaugh. However, that sentiment doesn't reach the top GOP senator, Senate Majority Leader Mitch McConnell.

On Tuesday afternoon, McConnell said the report would be reserved for senators' eyes only. "We will get an FBI report soon," the Kentucky Republican said during a weekly news conference, according to The Hill. "It will be made available to each senator, and only senators will be allowed to look at it. That's the way these reports are always handled."

But at odds with McConnell was Sen. Lindsey Graham, a South Carolina Republican and Senate Judiciary Committee member who has made an impassioned case for Kavanaugh's confirmation.

"I personally want it released to the public," Graham said, noting that the report could be in either its full form or a summary, according to CNN. "I want you to know what the FBI found and let the facts speak for themselves, and I am ready to vote."

In a surprise move to some, Sen. Dianne Feinstein of California, who is also the top Democrat on the Senate Judiciary Committee, agreed with McConnell's decision to withhold the FBI report from the public.

"I think the investigation ought to be closely held," Feinstein said, according to CNN, citing concerns about the confidentiality of the witnesses interviewed. Feinstein also said the current situation wasn't an easy subject and revealed that many women have shared their private stories about alleged sexual misconduct.

“There’s a growing consensus in the Senate that when the FBI’s investigation is complete, the finding should be released publicly with any personal information redacted,” said Senate Minority Leader Chuck Schumer, a Democrat from New York, according to The Huffington Post and The Hill. "Why are our Republican colleagues so afraid of making this public?"

On top of the report's release, Schumer called for even more transparency from the FBI, The Huffington Post reported, asking that the White House allow the public to see the guidelines governing the investigation and for investigators to hold a briefing for senators after the probe.

The second-ranking Republican senator, Sen. John Cornyn of Texas, also agreed that the FBI needed to give a public update.

"There does need to be some sort of public statement — if not the reports themselves — because since the accusation had been made public, it seems to me people are not going to be satisfied until (there's) some public statement about what the FBI supplemental background investigation shows," Cornyn said, before McConnell made his remarks, according to CNN.

GOP leadership said the FBI could finish its investigation as soon as Wednesday, according to The Huffington Post, meaning that the full Senate vote on Kavanaugh's Supreme Court fate may happen as soon as the end of this week.