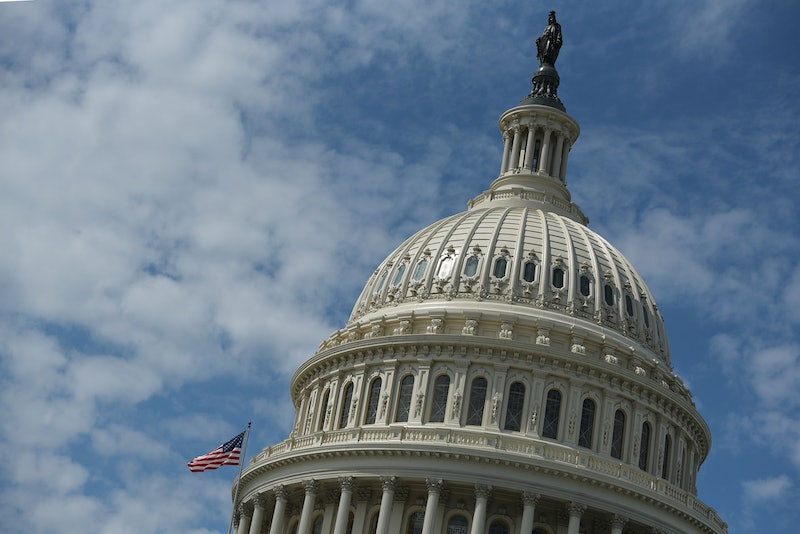 It's that time of year again. No, I'm not talking about the unofficial start to fall. It's that time of year when you start to analyze whether your legislators will bungle a would-be procedural vote, and cause the wheels of the U.S. government to come screeching to a halt. There's certainly a chance the U.S. government will shut down in 2017, but after Hurricane Harvey, it's a much less likely scenario.

So first of all, why would the government be forced to shut down? In September, following August recess, Congress will return to D.C. to tackle votes on raising the debt ceiling and on approving a federal spending bill. The debt ceiling is the legislative limit on how much money the government can borrow. The government needs to borrow money to keep its operations afloat, much like how you use your credit card to buy things you can't afford out of pocket.

The debt ceiling vote, historically a non-event, has become contentious in recent years. Fiscal conservatives feel that Congress should not authorize more borrowing power for the government if it cannot first trim its budget. Republicans have made a habit of threatening to vote no on raising the debt ceiling without seeing significant cuts to discretionary expenditures in the federal spending bill. Without an increase in the debt ceiling, the government can be forced to not only shut down, but also default on its loans, which can have widespread economic ramifications. The U.S. Treasury has indicated that the debt ceiling must be raised by Sept. 29 to avoid a government shutdown.

Earlier this month, Goldman Sachs predicted that there was a 50 percent chance of a government shutdown. Analysts based this off President Trump's low approval ratings following Charlottesville, which would make him more likely to take controversial positions that would please his base. However, after Hurricane Harvey struck, Goldman analysts have amended their position to show only a 35 percent chance of government shutdown.

The cause for the shift was the additional funds that the Federal Emergency Management Agency will now require to help respond to Harvey's damage, and facilitate recovery and rebuilding efforts for storm victims. Voting against spending money on disaster relief is a huge political risk that many members of Congress are not willing to take, analysts say.

If legislators are savvy, they will tack the supplemental FEMA funding for Harvey onto the federal spending bill, and maybe even raise the debt limit. A government shutdown would mean delays in disaster relief assistance, something most legislators would not want on their voting records.

But there's still a wild card in the shutdown game, and it's Trump. During his rally in Phoenix last week, Trump threatened that he would see to it that the government is shutdown if Congress refuses to fund his border wall. Republicans were not willing to go to bat for Trump's pet project back in May, when they passed a spending bill with no funding for a wall, and moreover a spending bill with money appropriated to a border wall will likely go nowhere in the Senate. To get the requisite 60 votes, Republicans would need eight Democrats to cross over, which Democratic leadership is confident will not happen.

We have about a month until we know for sure whether thousands of government workers will be furloughed and the "full faith and credit of the United States government" will just be meaningless words on a page. Until then, keep tuning in to see if the line on this bet will continue to waver with every unpredictable move the president makes.