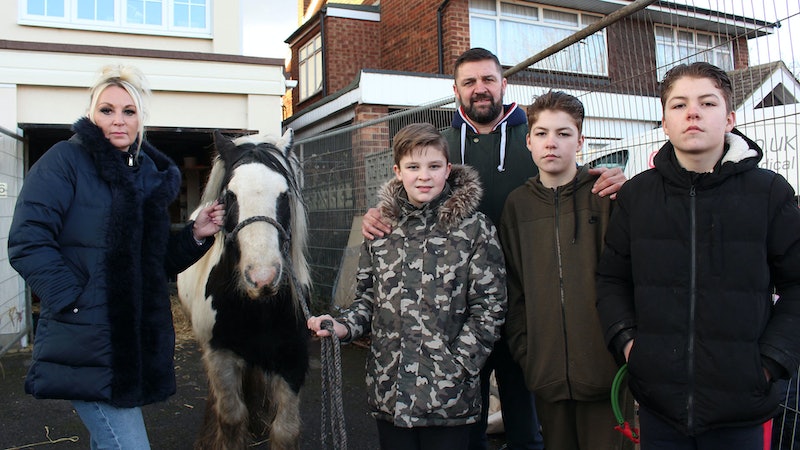 In terms of factual entertainment and documentaries, Channel 5 has a lot to offer. And The Gypsies Next Door, which focuses on members of the travelling community and the relationship with their neighbours, is no different. But now that the first series is done and dusted, what viewers want to know is, will there be a season 2 of The Gypsies Next Door? Let's dig in.

I have contacted Channel 5 and Knickerbockerglory TV, the production company behind the show, for comment on this and will let you know as soon as I hear anything. However, as far as I can tell, there is no confirmed second series for The Gypsies Next Door just yet.

The show is an important insight into the lives of members of the travelling community and their experience living alongside the settled community.

Unfortunately, travellers in the UK have a long and tumultuous history with the settled community. In terms of neighbours, they often don't receive the warmest welcome, and Channel 5's series delves into exactly that. According Silver Linings, another production company involved in the series, "[t]his series explores why these two communities struggle to live side-by-side, unpeeling the stereotypes and revealing the strict moral code and traditions of the Gypsy community and the changing effect modern life is having on them."

The show features a wide range of people within the travelling community, "from young newlyweds to the new phenomenon of a Gypsy divorce," Silver Linings explains. It also looks at the experiences of those who have "seamlessly integrated into their local community."

Silver Linings points out that the series explores "prejudices that exist on both sides and present a true and balanced picture of how these two communities interact in today’s modern world."

The disharmony between travellers and settled communities is well documented, and back in 2018, London Gypsy & Travellers began a poster campaign to help change attitudes that "move on from a binary approach that cast Gypsies either (anachronistically) as romantic free spirits, living in wagons and picking potatoes, or as criminals," as the Guardian reported at the time. The campaign's powerful message was, "We are so many things, so why pick on one?"

Speaking to the Guardian, Mena Mongan, who was brought up on traveller's sites in East London, explained the way she struggled to introduce herself and her identity to new people. She said:

"When I sit down to have a chat with new people, I still think: 'Am I going to tell them I'm a Traveller?' You don't have to say it, but why should you hide it? They say: 'Are you Irish?' I say: 'I'm an Irish Traveller.' Some people are quite shocked; they look at me and say: 'I would never know.' It is a bit hurtful because I think: 'But what was there to never know? What has changed in their aspect when I said that? Are they looking down on me now?'"

Shows like The Gypsies Next Door are important as they show both sides of the issue and demonstrate success stories too. Meaning hopefully they should help promote better relations between the travelling and settled communities.