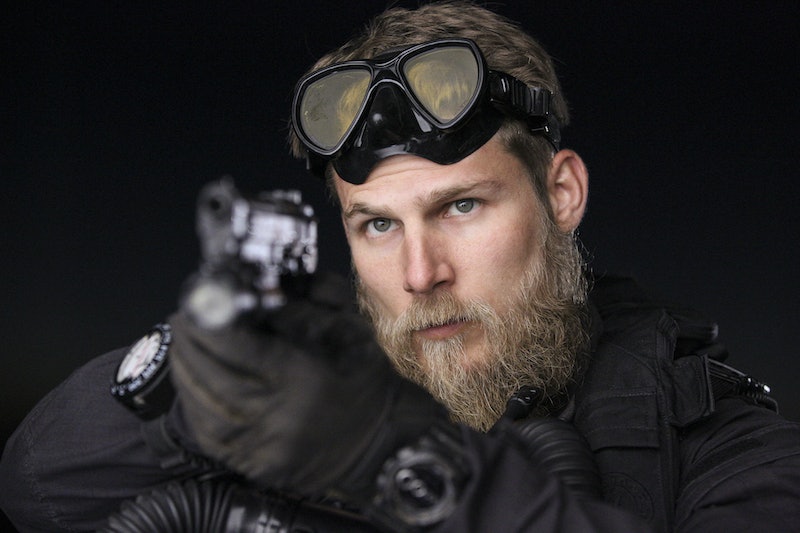 Based on the 1988 novel of the same name, The Last Ship might just be one of the most heart-stopping shows there is. It packs a ton of action and drama — I mean, 80 percent of the world's population has been wiped out, and the people on "the last ship" are humanity's last chance — so that's to be expected, really. And season five's finale, which already aired in the U.S., left viewers reaching for their inhalers. Since it came to a halt with that seriously emotional ending, you've probably been left wondering, will The Last Ship return for season six?

Unfortunately, The Last Ship has sunk, quite literally (sorry for the spoiler). The ship, which became the survivors' home for five seasons, went down in episode 10 of the last season, which is showing on Sky, as TV Fanatic recapped. In addition, Deadline reported back in May that the fifth season would be be the final one. The season finale saw a shaken Tom Chandler wracked with survivor's guilt. He was the one who got the ball rolling in the first place, to be fair. Onboard his ship, he motivated his crew to try and find a cure that would save the world. And here's another spoiler alert — the fate of the world isn't looking all that good. But even if it was a bit distressing at points, the finale was really more about "keeping hope afloat," showrunner Steve Kane told TV Line on Nov. 11, 2018.

When things were looking real gloomy in the season finale, fate intervened. Although determined to go down with his ship, the Nathan James, Chandler didn't want to go quietly. As TV Line recapped, he turned the ship's weapons to hot, in what the site has called an "appropriate suicide" for the character. But then, in a bizarre twist, the show ends with a vision of a healthy Chandler touring a healthy ship. In the show's final moments, he's seen regaling with his fellow survivors, ensuring a bittersweet sucker punch of an ending for the show.

And there's a reason it felt so real. "We actually wrapped on the beach after we finished shooting the D-Day sequence, which was a great way to go out," Kane said in his interview with TV Line. "It was really special with lots of hugs and tears and toasts and speeches," he added. But what did he have to say about Chandler's fate? Well, he chose to live.

"So even though Chandler really feels like he’s committing suicide as he’s crashing his ship into the other ship, he does have a choice when he’s underwater. He can follow his Nathan James into the murky depths and join Tex and Rachel and Michener and Meylan and Burk… everyone who’s passed away that he feels responsible for and guilty about, or he can listen to the voice of his daughter and go towards the light," Kane explained.

The ending veers away from the novel's original ending, which still has the James' sinking, but sees the survivors heading out to discover a new world, with their fates being less certain. The show spun a more positive ending, since as Kane says, "this is a show about hope."