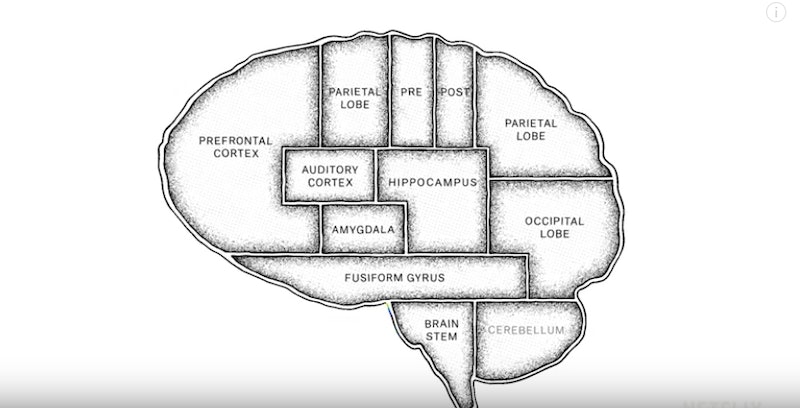 Following the launch of their Netflix docuseries Explained in 2018, Vox has returned with The Mind, Explained, a special, six-episode offshoot that breaks down what's happening in the brain during everything from dreams to anxiety disorders. Because it's billed as a limited series, it seems unlikely that The Mind, Explained will return for Season 2. However, that doesn't mean there will be any shortage of Vox explainer content.

Not only does the site do those kinds of videos pretty regularly (which is what led to Explained in the first place), but Season 2 of the original show will begin airing Sept. 26 and continue dropping episodes on Netflix weekly. Season 1 covered topics including astrology, the wage gap, female orgasms, K-Pop, political correctness, and cryptocurrency. Season 2 will similarly break down zeitgeisty topics in easily digestible, short-form episodes, and hopefully include more celebrity narration: The Mind, Explained is narrated by Emma Stone, while Explained Season 1 featured narration from Christian Slater, Rachel Bloom, Levar Burton, Aasif Mandvi, Rachel McAdams, Maria Bello, Kevin Smith, Jerry Springer, and Samira Wiley.

If six new episodes and an upcoming new season are still not enough to satiate your hunger for knowledge, here are five other shows to check out next.

'AM to DM by BuzzFeed News'

You can think of AM to DM as the millennial Today Show: the hosts talk to celebrities, Twitter personalities, authors, and fellow journalists about their latest projects and obsessions. It was previously hosted by Isaac Fitzgerald and Saeed Jones, but Alex Berg and Zach Stafford replaced them on May 28, 2019, per Deadline.

Even if you don't like cooking, there's something incredibly soothing about watching Claire Saffitz, Brad Leone, Carla Lalli Music, and Chris Morocco, among others, make complicated recipes while shooting the breeze.

This is basically like Explained, but more sharply focused on politics, business, technology, and other "big topics shaping the future," according to HBO's site. Each episode dissects a timely issue, including "documentary shorts, illuminating interviews with major newsmakers, and trustworthy insights" the site continues.

Where to stream: HBO

'Abstract: The Art of Design'

This docuseries includes interviews with a wide range of different artists, from shoe designers to illustrators and architects. It's a great introduction to modern art and how it's impacted our world broken down in layman's terms for beginners. Season 2 arrives Wednesday, Sept. 25, so there's time to catch up before the new installment drops.

Using his wit and political savvy, the comedian and former Daily Show correspondent expertly breaks down things like Amazon, the NRA, student loans, and cricket in his weekly Netflix show, now in its fourth season.

So while The Mind, Explained is probably just a one-off project, Vox will continue to break down important topics for confused viewers in some way, shape, or form, and there are plenty of other shows to keep you busy while you wait for new Season 2 episodes each week.